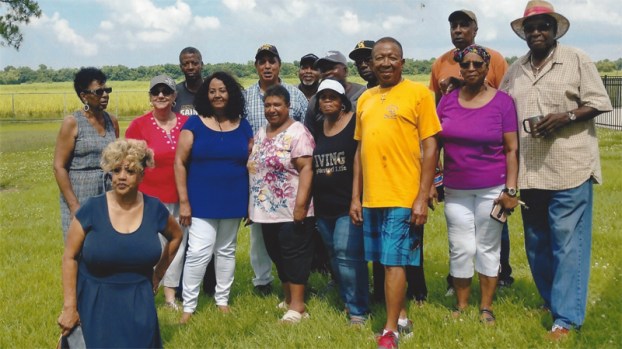 RESERVE — The year was 1969, and St. John the Baptist Parish public schools were headed toward a fall racial integration at Leon Godchaux High School.

The class of 1969 grew up in a time where whites got the downstairs seats of the LaPlace and Reserve theaters while the black children were sent upstairs.

Tossing popcorn over the edge of the rails jovially, Robert Taylor Sr. of Reserve didn’t register it as inequality at the time.

Life was good and disputes among peers were short-lived. School was an extension of the home in a close-knit town, and Taylor said class reunions still feel like the warm embrace of family 50 years later.

“Everybody got along, I’ll tell you that,” Taylor said. “Everybody knew everybody in the whole parish.”

Dozens of Class of 1969 alumni recently gathered for an annual Memorial Day picnic with spouses, children and grandchildren at Regala Park in Reserve. The group enjoyed refreshments, relived old memories and outlined plans for a colossal 50-year reunion in the fall.

A fun-filled weekend kicks off Friday, Oct. 4 with a classmate meet and greet riverboat cruise on the Natchez. A reunion party is scheduled for the following day at Belle Terre Country Club in LaPlace.

An Oct. 6 Sunday brunch closes out the weekend at Sicily’s Italian Buffet in LaPlace, and Taylor is planning a classmates’ cruise to Cozumel for Oct. 17-21.

“They whole thing is just a family environment,” Charles said. “We enjoy being together; seeing people. We’re really looking forward to this 50th anniversary. That’s a monumental deal, 50 years.”

He’ll never forget facing Lincoln High School pitcher J.R. Richard, who threw balls at a rapid 97 to 98 miles per hour and went on to start for the Houston Astros.

“I was a sports enthusiast,” Charles said. “Kids have a lot more opportunity now as far as sports scholarships. Those were pretty much slim to none back in our day.”

He recalls unorganized baseball teams playing for bragging rights before recreational sports came to the parish.

It was a changing world, especially when integration began in high school. Christina Green was the first to transfer to Leon Godchaux, and about 20 black Fifth Ward students had made the switch before the end of the 1969 pilot year for integration.

“We were so caught up with being kids, we didn’t really notice it,” Charles said.

He credits “extreme discipline” as the foundation for a harmonious life, back when St. John Parish saw far fewer shootings.

“You had disagreements, fought for 15 minutes and went back to playing,” Charles said. “There was never any intent to create bodily harm.”
According to Taylor, if you misbehaved over the weekend, teachers would surely hear about it and have the paddle ready come Monday morning.

Yet, students loved the Fifth Ward faculty like family. Alumni even threw a party to honor their former principal before her passing.

For more information on about the 50th anniversary festivities or the cruise to Cozumel, please contact the Class of 1969 classmates.

There’s just something about baseball that I love. You start from home with the intention of rounding the bases. To... read more