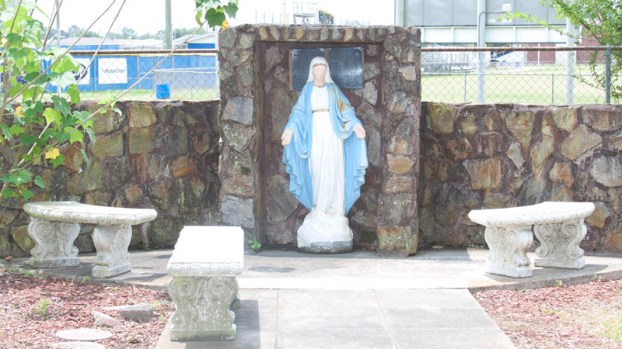 There is a memorial at Place DuBourg in honor of the victims of the bus crash.

LAPLACE — Mother’s Day turned tragic for many River Parishes families who lost their matriarchs 20 years ago in the worst vehicular crash in Louisiana history.

The infamous Mother’s Day crash made national headlines on May 9, 1999, when a bus full of River Parishes seniors en route to a Mississippi casino veered off the road, ripped through the guard rail on I-610 and flew over a 75-feet-wide, 10-feet-deep ravine in City Park.

The bus struck the ravine’s concrete side, crushing the front end of the bus and creating a scene of carnage. The crash claimed the lives of 22 passengers, including 21 St. John the Baptist Parish residents and one Jefferson Parish resident.

The day started out typically. Shirley Gauff of LaPlace, a 61-year-old teacher and an avid volunteer at the Place DuBourg senior apartment complex, had placed an ice chest in her driveway.

Lucien Gauff knew exactly what it meant as he pulled up at his mother’s house that morning; Shirley had organized a bus trip with the residents.

She told Lucien there was food in the fridge for him and his wife and shared her plans for the day, which included visiting a Mississippi casino and visiting her son who coached and taught in Mississippi.

The next time Lucien saw his mother, hours later, he was identifying a photo of her body in the morgue. She’d been decapitated, and her diamond pendant, gold wedding ring and gold bracelet were the main identifiers.

He recounts Shirley Gauff’s devout Catholic faith and giving nature that inspired him to drive service in his community.

“Service is what I need to do and where I need to be,” Lucien said.

“I’m a Rotarian. I belong to LaPlace Rotary Club so I can serve. Every two weeks or once a month, we go to Place DuBourg to play bingo with the seniors. To see their faces, I know why she (volunteered.) I know why that was such a large part of what she did.”

Several were residents of Place DuBourg, where a memorial honors lives lost. Elfer was a retired shopkeeper and Marse was a retired machinist at Godchaux Sugar Refinery and Bayou Steel.

Remondet was active in the Ladies Auxiliary of the Knights of Columbus, the Veterans of Foreign Wars and American Legion posts. Torres was well known in the St. Joan of Arc cafeteria.

All were loved and are dearly missed.

“I think it’s important to remember and honor those who were lost and to learn from these accidents for a safer future,” Anderson said.

“Revisiting these on anniversaries is important because I think history has forgotten a lot of them.”

There were no seatbelts on the bus, driven by Frank Bedell of New Orleans. Bedell has serious health issues with his heart and his kidneys and had come out of the hospital only 10 hours before driving the bus. He was also found to have drugs in his system.

“Today, you have to have random drug and alcohol testing with the drivers,” Anderson said. “Also, to hire a driver, they have to see a medically certified federal examiner to check them out.”

Insufficient guardrails, which remain a safety hazard, were also to blame for the crash, Anderson said.

RESERVE — A local couple is behind bars, accused by police of leading large-quantity meth distribution throughout St. John the... read more