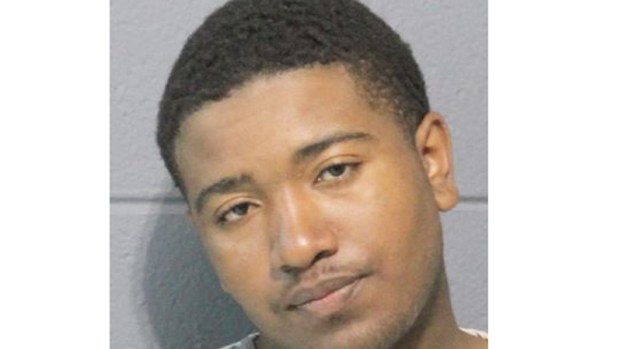 LAPLACE — Gunshots rang out when two vehicles intersected Wednesday evening at Madewood and Concord drives in LaPlace, according to police.

The two cars were traveling on Madewood Drive northbound to Concord Drive when the driver in one of the vehicles began shooting at the other vehicle at approximately 5:45 p.m.

The St. John Sheriff’s Office said both vehicles sped away, with one turning onto Concord Drive and the other continuing on Madewood Drive toward Belle Terre Boulevard.

Through video surveillance in the area, deputies said they identified the owner of the vehicle in which the driver was shooting from.

Special Operations Division detectives arriving on scene observed the suspect vehicle at a Cambridge Drive residence in the 1300 block.

The driver of the vehicle, identified as Kenneth Joshua Pritchett III, was arrested for illegal use of weapons or dangerous instrumentalities.

Police said a motive for the shooting is unknown, adding no one was injured during the shooting.

Those with information about the shooting are encouraged to call the Sheriff’s Office TIPS line at 985-359-TIPS or the Criminal Investigations at 985- 359-8722. Tips can be submitted online stjohnsheriff.org/submitatip.php.

Lutcher man given 30 years for manslaughter, more could be coming

CONVENT — A Lutcher man sentenced Monday to three decades in jail could face additional time behind bars, as the... read more