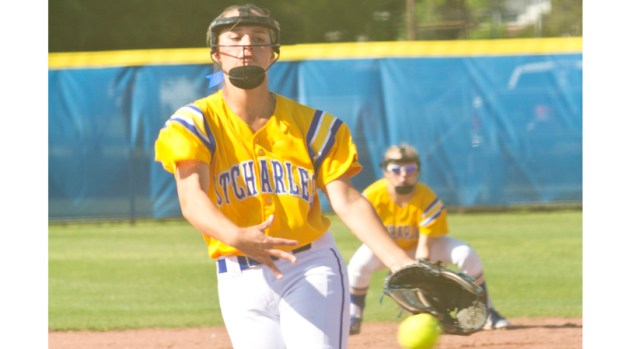 COVINGTON — The scoreboard read 1-9 as St. Charles Catholic’s softball season came to an end in the quarterfinals against Archbishop Hannan, but those numbers weren’t indicative of the Lady Comets’ effort.

According to St. Charles Catholic coach Ty Monica, it was a 1-1 game going into the fifth inning. The Lady Comets loaded the bases more than once but failed to bring in runs as Hannan picked up momentum toward the end.

Sophomore Alyssa Hooge was the only runner to make it back to home plate.

“The game really wasn’t as lopsided as the score made it seem,” Monica said. “We played pretty good defense, and I thought our pitchers did a good job of controlling a very good lineup of Hannan. It was just really about us not getting that clutch hit.”

Monica felt bad for seniors Brooke St. Pierre, Kelsie Williams and Kirsten Tassin, who had big shoes to fill and a team full of younger players to guide through an up-and-down season.

Williams has pitched for the Lady Comets since her eighth grade year and provided key leadership, Monica said.

St. Pierre, a three-year starter, was a force in centerfield and at bat. As leadoff batter, she hit over .500.

Tassin was a leader in right field with a strong arm, Monica said.

The Lady Comets finished the season 17-10.