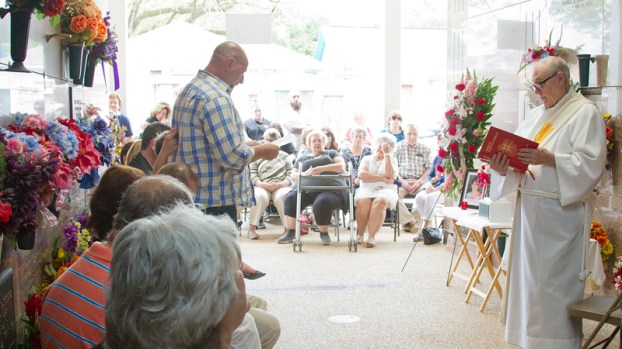 Rosalind Millet Hutson had a way of drawing people together around a table, whether it meant hosting Thanksgiving celebrations with family or coordinating bi-monthly meet ups with her 1966 Leon Godchaux High School graduating class.

Sicily’s Italian Buffet was her favorite hangout in St. John the Baptist Parish, and it was there she celebrated her 70th birthday on Jan. 14.

Only one month later, Rosalind fell ill with the flu and caught pneumonia, impacting her lung disease. She fought hard for 26 days in the hospital, and she was alert and talkative at the very end of her life.

Easter Sunday has a special meaning for her family this year. Sitting at Rosalind’s bedside in the hospital, cousin Cathy Jacob Reind heard Rosalind say she was already in heaven. According to Reind, Rosalind expressed repeatedly that Jesus was so beautiful and family members who had died before were together to welcome her.

Sisters Brenda Millet, Jan Chiquette and Melanie Millet kept in regular contact with Rosalind, especially after she moved back to St. John Parish from Atlanta.

Joann Jacob, Rosalind’s friend of more than 50 years, described her as someone who never held her feelings back.

“If she thought something, she said it,” Jacob said. “Rosalind was the most jovial person in our class. When she would meet somebody, she was friends right away.”

Rosalind took secretarial duties for her alumni class as seriously as she took her beloved former career at Reserve Telecommunications.

Groups of 40 or more would show up to Sicily’s, some even traveling from out-of-state at her urging.

“She really was the life of the party,” Jacob said. “It will be hard getting back to lunch without hearing her voice. She made everything complete.”

RESERVE — Children ages 5 to 18 can see math and technology lessons learned in school fly to life as... read more