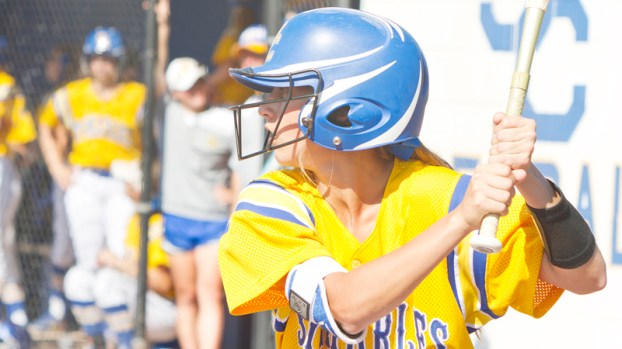 Coach says near flawless performance needed to top No. 2 Hannan

LAPLACE — St. Charles Catholic’s 6-3 defeat last month to Hannan High lays out the challenge ahead in Saturday’s softball quarterfinals. SCC must bring its A-game to advance past the No. 2 seed.

An abundance of history exists between the two teams, according to coach Ty Monica, who alluded to 2017 and 2018 match-ups in Sulphur, where the Lady Comets earned thrilling quarterfinal and semifinal victories, respectively.

However, history isn’t guaranteed to repeat itself for the youthful Lady Comets, ranked No. 7 in the Division II playoffs.

It all comes down to which team is more prepared come first pitch at 11 a.m. Saturday on Field 4 of Coquille Park in Covington.

If successful, St. Charles Catholic will play the winner of No. 3 Haynes Academy and No. 6 St. Thomas More, who meet at 2 p.m. Saturday in Metairie.

“We’re going to have to play nearly flawlessly,” Monica said. “They’re a very, very good team. They swing the bat well and they have a real good pitcher inside the circle. They play solid, solid defense. It’s going to be a challenge for our kids, there’s no doubt about it. That’s what these games at this time of the year are all about.”

If the Lady Comets rely on their strengths, a path to success will be to get leading hitters Brooke St. Pierre and Lauren St. Martin on base early on.

St. Pierre, one of three seniors on the team, is hitting over .500 and has been a catalyst for the Lady Comets offense.

St. Martin, a sophomore, has been equally reliable.

“When those two girls get on base, we like to think our chances of scoring are pretty good,” Monica said. “They both run well, and we’ve got some big hitters behind them.”

Taylor Perilloux follows suit as the three-hole hitter, leading the way for freshman Madison Hebert to clean the bases.

Hebert hit her eighth home run of the season in Tuesday’s regional playoff win over Teurlings Catholic, which ended 5-1.

She has by far the highest number of RBIs on the team, according to Monica.

Defense and pitching, while mostly solid, could improve with consistency, according to Monica.

The Lady Comets stand at 17-10 this season, compared to Hannan’s 23-6 record, but Monica said records are irrelevant at this level of competition.

Monica said the Lady Comets are navigating growing pains and need to work on developing a stronger softball IQ.

Additionally, Monica needs to see higher intensity against Hannan than he did in Tuesday’s regional playoff game.

St. Pierre, St. Martin and Perrilloux did their jobs against Teurlings Catholic right off the bat, loading bases in the first inning. The Comets then got an infield pop-up out and put one more player on base to score a run before the inning was over.

In the third inning, Perrilloux landed a hit and Hebert connected on a two-run homer to bring the score to 3.

St. Martin drove in the fourth run, and the fifth run came from the Lady Comets capitalizing on a bad throw back to the pitcher.