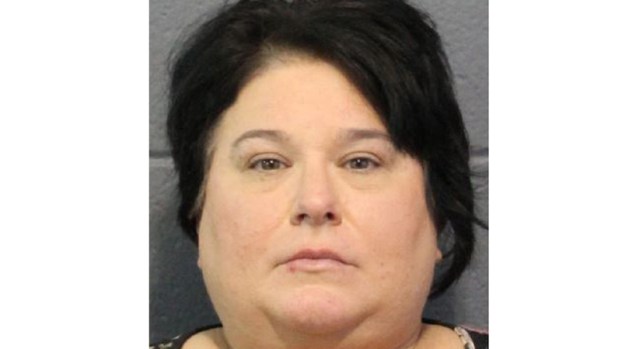 LAPLACE — Stephanie Parsons, 49, of Gulfport, Miss., was arrested for stealing more than $600,000 from a local hotel.

In December 2016, the St. John Parish Sheriff’s Office received a complaint in reference to an internal theft from a local hotel by Parsons, who worked as the hotel’s general manager.

Parsons was released from her job upon the initiation of the audit.

Upon the completion of a multi-year investigation by the St. John Sheriff’s Office Criminal Investigations Division Financial Crimes Division, detectives discovered Parsons had been responsible for the theft through cash embezzlement, payroll fraud and unauthorized computer transactions to the company’s internal records system.

The deposit records and financial record items were altered and/or falsely recorded.

As a result, it was determined various cash deposits weren’t completed and/or account payment checks were entered in lieu of cash deposits as well to embezzle cash receipts.

Detectives also discovered a third party firm that supplies temporary labor received overinflated invoices from the local business through Parsons or other personnel for work not done by the temporary employees.

It was later discovered those false payroll checks were later deposited in Parsons personal bank accounts and withdrawn at area ATMs.

The final result of the investigation determined the overall loss via cash embezzlement and unauthorized voids to be more than $600,000 as determined by the audit and detectives.

Other arrests may result from this ongoing investigation.

According to online jail records, Parsons posted a $92,000 bond and was released the same day she was arrested — April 9.

LAPLACE — A local man free since Friday after posting a $125,000 bond in a child rape investigation is back... read more