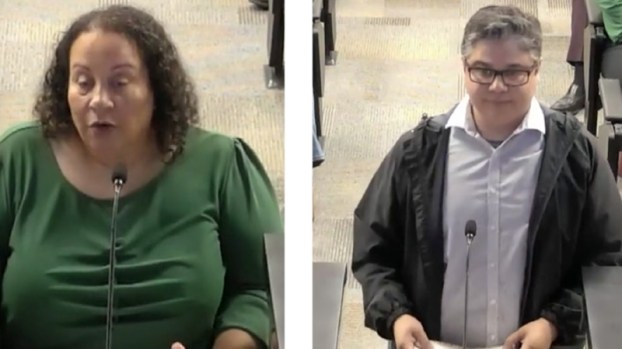 Director questions Councilwoman’s library board appointment; Remondet: “I will not have someone talk to me like that”

LAPLACE — Discord between the St. John the Baptist Parish Library Board of Control and library staff seeped into St. John Parish Council discussion this week, as tensions boiled over the appointment of new board member Blaine Tatje.

Tatje was sworn in last month to fill the vacant seat left by library patriarch Norris J. “Butch” Millet Sr., who retired from the Board of Control in January.

“Blaine Tatje was appointed by Julia Remondet, whose voting district is in the Garyville/Mt. Airy area and parts of Reserve,” Duhe said. “Mr. Tatje is not in Ms. Remondet’s voting district. There is an ordinance, I believe, stating that members from their voting district should be appointed to the Library Board of Control.”

Duhe said Garyville patrons have “often” asked her about joining the Library Board but never had an opportunity to do so.

According to Duhe, Tatje’s appointment creates an additional conflict of interest because his mother, Natalie Tatje, sells insurance and receives a commission of the premiums the library pays.

“My suggested solution is to remove Blaine Tatje from the Library Board of Control because the appointment is unethical and he’s not in the voting district of Julia Remondet,” Duhe said.

Remondet felt personally attacked by the comments, calling them “uncalled for” and stating, “I will not have someone talk to me like that.”

She stood by her decision to appoint Tatje, noting three of the seven Library Board members do not reside in the same district as the Council member that appointed them.

“If you’re going to call out one person for not coming from the Council district, you’ve got to call out everybody or nobody,” Remondet said.

Remondet said an unnamed board member who has a “contentious relationship” with Tatje’s mother should not have any bearing on his ability to serve on the Library Board.

The Library Board of Control does not select insurance, she said, adding the library system and other entities piggyback on insurance offered to parish employees to enjoy cost-savings.

“About 30 years ago, I sat on the library board with Mr. Leroy Williams and with Mr. Butch Millet,” Remondet said. “In his day, Butch was a little bit of a rebel. He has his own way of doing things and he was a bit outspoken. I see that same thing in Blaine. He’s a young man wanting to contribute to his community, and I see no problem with that.”

Qualms with the Library Board during this week’s Council meeting did not end with Duhe’s concern.

“The Board’s abuse of power is wholly unacceptable,” Diaz said. “They are public servants, not emperors.”

Instead of mediating problems, Diaz said the Board has “bullied certain staff members and engaged in threatening behavior,” creating an environment where employees fear retaliation.

“Basically, we just want to be treated with dignity and respect,” Diaz said.

Conflict within the St. John Parish Library system first came to L’OBSERVATEUR’s attention in fall 2018 when a select group of employees spoke of a “toxic” working environment, while board members expressed doubt in the effectiveness of library leadership.

The Library Board has had its hands full investigating thousands of dollars in spending not properly documented on the library’s 2017 audit.

The Library has faced problems in authorized spending on retirement parties, which Board members said were incorrectly coded on the most recent audit.

According to the New Orleans Advocate, Board members are considering replacing accountant Keith Rovira, who has done the audits for the library for approximately 25 years.

Rovira stated the manipulation of records involved in the alleged fraud would be “too sophisticated” for him to uncover during annual audits.

LAPLACE — Louisiana gas prices have risen 5.8 cents per gallon in the past week, averaging $2.53/g today, according to... read more