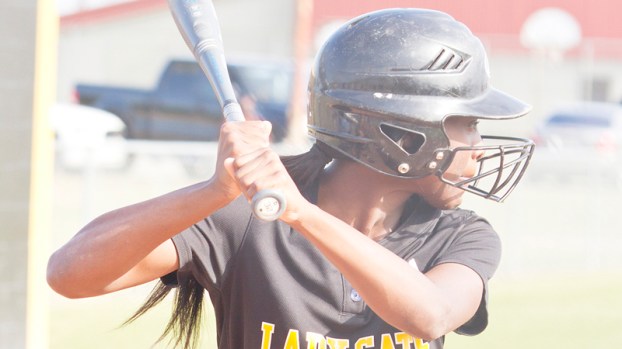 Coaching turnover left a feeling of disconnect among the Lady Cats student athletes searching for a team identity. Stepping up from an assistant coaching position has allowed Anthony to guide veteran players through their senior seasons while laying a foundation for the future of the team.

Transition hasn’t been easy; the Lady Cats suffered from hitting slumps throughout the season, contributing to a 5-11 overall record and a 0-7 district standing with three games remaining.

“From this year on out, I plan on trying to build a better team and let us get more wins than we got this year,” Anthony said. “I want to get my girls to play together as sisters. They never had the opportunity to do that. Discipline kind of lacked a little bit in past years, but this year, I think we’ve finally made an impact on showing the girls how it is to play as a whole unit.”

Discipline was a defining factor of Anthony’s high school softball experience, headed by former coach Antoinette Robinet in the late 1990s. Anthony said that culture is starting to rebuild with help from assistant coaches Darrell Stevens and Jamal Breaux.

Aside from teaching softball fundamentals such as batting stance and communication on the field, Anthony is instilling a sense of responsibility in the girls. Missed practices come with consequences, and players are urged to take ownership of mistakes.

“We’ve been working on attitude on the field and off the field,” Anthony said.

“It’s about teaching them life situations besides softball. That was the main thing we did this year. You’ve got college; you have your job. Discipline plays into all of that.”

Senior Erriyel Cemelien, team captain, is among those who took the lessons to heart by implementing them in her play at shortstop.

Cemelien is a role model to 18 junior varsity players returning next season.

“Her attitude is so positive,” Anthony said. “If she makes a mistake, she’ll come to me and say, ‘I’m going to fix it next time. I got you, Coach.’ She plays her hardest and her best every time she hits the field.”

Other players have risen to the challenge when injuries forced girls into unfamiliar positions.

Sophomore Jody Duhe moved from the outfield to replace an injured third baseman, and Anthony said she’s taken on the added responsibility with grace.

Her spot in centerfield was filled by freshman Adison Cooper, who impressed coaches at tryouts and was among the youngest to earn a varsity jersey.

After last year’s first baseman suffered an injury, senior Tia Thompson stepped up and performed well despite having not played the position in years.

“Those four play so well with each other,” Anthony said. “They know what they need to do, and they try every game to perfect it.”

Hitting is a major weakness, and Anthony said practice would continue in the post-season.