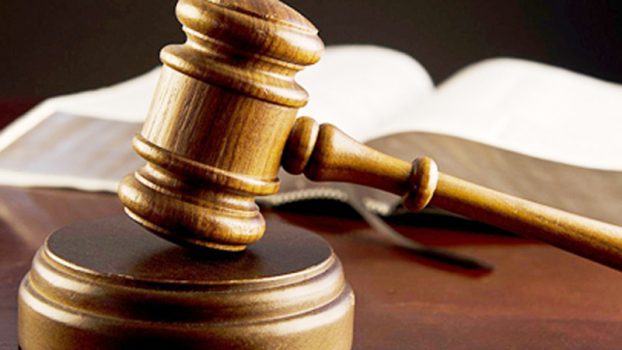 The trial is anticipated to continue through this week.

Judge J. Sterling Snowdy expects juror No. 12 and two alternates to be finalized by Tuesday, allowing witness testimony to start between noon and 1 p.m.

The trial is anticipated to continue through Friday.

“If you would’ve asked me (Monday) morning, I certainly would’ve thought we would have had a jury by now,” Snowdy said as the clock approached 9 p.m. Monday. “Everybody has had a very long day, our energy has left us and perhaps it will be better in the morning.”

Defendant Charles McQuarter III is the alleged shooter in the February 2014 LaPlace Feed & Supply burglary-turned-homicide that claimed the life of Steven Finckbeiner and left his widow, Connie Finckbeiner, bleeding at the scene from a gunshot wound to the head.

Family members diligently sat in support on both sides of the courtroom Monday, more than a dozen turning out in support of McQuarter. Dressed in a light blue shirt and black suit, McQuarter sat quietly beside his legal representation as potential jurors were questioned.

Several family members and friends attended in support of the Finckbeiners, though Connie, a prospective witness, was not in court Monday.

Both families said they are reserving comment on the proceedings until after witness testimony begins.

A list of 30-plus potential witnesses read to prospective jury members included Dracier Dewey, who was indicted alongside McQuarter by a St. John the Baptist Parish grand jury in May 2014 for alleged involvement in the Feed Store killing.

Dewey, represented by public defender Shannon Battiste, was charged with being a principal to second degree murder and attempted first degree murder. According to the St. John Public Defenders Office, Dewey’s trial is being handled separately at an undetermined date following McQuarter’s trial.

Prospective jurors were asked whether their ability to be fair and impartial would be hindered by knowing a witness has accepted a plea deal.

A number of topics were covered to determine biases during voir dire questioning, and dissention to impartiality was largely linked to acquaintances with either the defendant or the victims.

Moral and religious standpoints were also called into question as many other jurors said they were unable to stand in judgement when the stakes involved a life sentence for the 27-year-old defendant.