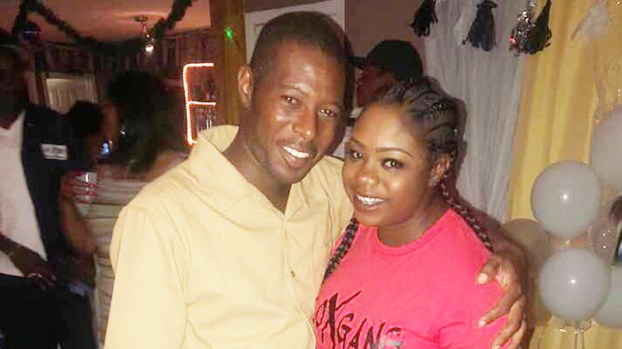 Joradae Grows Sr. and Quina Fernell pose for a picture.

Younger sister Quina Fernell recalled fondly this week that her brother always told the corniest jokes, yet they always made her laugh.

Making people laugh was something Grows was good at.

“The way he danced; he had zero rhythm but he always got down,” Fernell remembers.

Unfortunately for Fernell, a Reserve resident, and the rest of Grows’ family, memories are all they have left.

It was 11:36 p.m. Tuesday night when Fernell received a call informing her that her brother had been killed.

Grows, 36, lived on East Sixth Street in Edgard with his wife, Rita Baker Grows, and their five children — ages 15, 14, 11 and 7-year-old twins — three from their marriage and two from a previous relationship of Rita’s.

Police said the children are now staying with family and friends.

What shocked community members in the aftermath of Grows’ death was the quick arrest of Rita, who police said stabbed her husband, the resulting injuries leading to his death at the scene.

Fernell said first responders told her that Rita approached Grows while he was sleeping in a back bedroom, woke him up and got him to sit up toward the edge of the bed.

“She stabbed him once to his left chest,” Fernell said. “She took out the weapon, and he tried to grab her as he fell over. He went toward the door and collapsed to the floor. (Emergency responders) resuscitated him three times but the fourth time (his heart stopped) and he did not come back.”

St. John Sheriff’s Office detectives are not sharing details of their investigation, simply noting a verbal altercation between Grows and Rita led to the stabbing.

Sheriff Mike Tregre said one of the couple’s family members inside the home during the assault called police, and Rita was arrested at the scene.

No other suspects are being sought.

Fernell told L’OBSERVATEUR she took pictures of the scene and was upset to see there was blood stains on a bathroom toilet and a used cigarette inside the commode, which she said indicates her brother’s killer smoked a cigarette after the stabbing.

The already tragic killing and aftermath took an odd twist as the hours turned from Tuesday night into Wednesday morning.

After police responded shortly after 11 p.m. Tuesday, Rita, 33, was arrested.

According to the Sheriff’s Office, while officers were assisting with first aid and maintaining the crime scene, Rita escaped the rear of a police unit while still cuffed.

She turned herself in, still handcuffed, at the Sherman Walker Correctional Facility at 11:25 a.m. Wednesday.

She is charged with second degree murder and simple escape and is being held in lieu of a $300,000 bond. Tregre said his office is reviewing what led to Rita’s brief escape.

“Once we got her out of the residence and put her in the car handcuffed, she did escape the unit,” Tregre said. “As far as we know, it does not appear anyone assisted her. The method we believe she escaped from the unit, I cannot talk about it publicly, because it would be a concern for other law enforcement officers.”

Fernell said her sister and mother are still in shock as they process their family member’s shocking death.

“He was everything to everyone around him,” Fernell said. “My brother was a providing man. He worked and took care of his kids. There was not a negative bone in his body. He wouldn’t go anywhere without smiling. Everything about him made you happy. His phone number is saved in my phone as ‘my love.’”