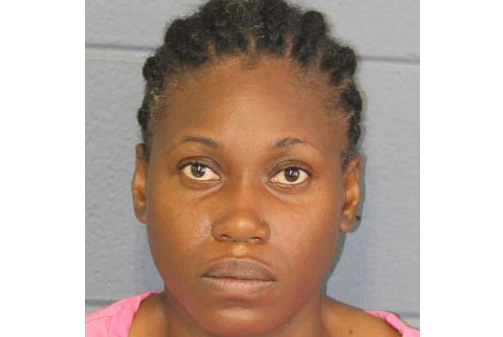 Police: Edgard woman kills husband, escapes in handcuffs before turning herself in

EDGARD — An Edgard woman killed her husband while at home with her five children and later escaped custody while handcuffed before eventually turning herself in Wednesday to face a second degree murder charge, authorities said.

St. John Parish Sheriff’s Office deputies responded to the 100 block of East Sixth Street in Edgard in reference to a stabbing at approximately 11 p.m. Tuesday.

Officers quickly discovered the body of Joradae Grows Sr. in his home. He had been stabbed in the chest.

Emergency medical services arrived and administered aid, but Grows, 36, passed away on the scene, police said.

According to the Sheriff’s Office, officers learned Rita Baker Grows had been involved in a physical altercation with Joradae Grows Sr., her husband, leading to the female stabbing the male.

Police said the couple’s five children — ages 15, 14, 11 and 7-year-old twins — were home and uninjured during the assault.

Police said Baker Grows, 33, was detained on the scene and placed in the rear of a marked unit outside of the residence.

While officers were assisting with first aid to the victim and maintaining the crime scene, Rita Baker Grows, while cuffed, escaped the rear of the unit.

Baker Grows turned herself in, still handcuffed, at the Sherman Walker Correctional Facility at 11:25 a.m. Wednesday.

She was booked with second degree murder and simple escape. Her bond was set at $300,000.

GARYVILLE — Businesses on Museum Street and Historic Front Street in Garyville were transformed into the fictional town of Bevel,... read more