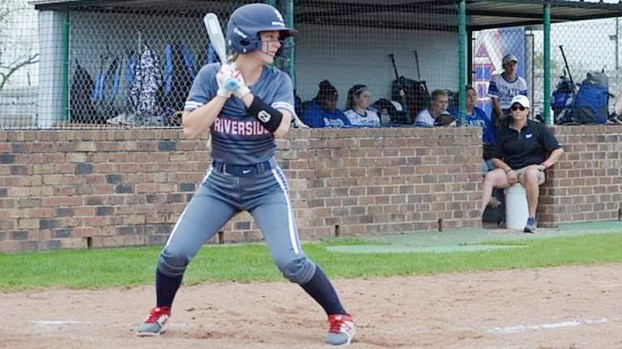 RESERVE — Riverside Academy softball coach Tamra Regalo never grows tired of seeing eighth grade girls step onto the pitching mound and prove their powerful throws are not to be underestimated.

Comprised of three middle schoolers still years away from peak development, the Lady Rebels varsity pitching staff has the skills to compete with juniors and seniors on opposing teams.

Last year’s team was equally youth-laden, but Regalo said this season is unique in its team chemistry. Young girls in key positions mesh well with seniors taking on leadership roles in the outfield, according to Regalo.

“Last year, we had such a rough time having young kids, and I really think the young kids have stepped up,” Regalo said.

“The girls are communicating; they’re pulling for each other and they’re not giving up even if they’re down. They’re excited for practice every day, and that’s always fun to be around. It’s not a lot of fun when you’re getting beat up on, but this year, we’re able to compete with eighth graders throwing.”

The Lady Rebels are faring well thus far, entering the week with a 9-5 record as of Wednesday morning.

While her arm isn’t at full strength, Lexi is taking a break from pitching. However, she’s playing second base and excelling at the plate, where she leads the team with a .650 average.

Regalo said they have shown a lot of talent at bat this year, with most players averaging at least .350 and many hitting above .450.

Camryn Loving, also an eighth grader, held down catcher last year and has developed into an effective shortstop.

“We’re seeing a lot of improvement there from last year,” Regalo said.

“That shows a lot of guts and determination from last year to this year. They stepped up above and beyond what we thought they could do.”

The older girls are also pulling their weight and leading by example in hitting and defense.

Seniors Kate St. Pierre and Carli Hymel and sophomore Chloe Simon are going above and beyond in the outfield, making catches at the fence and running down fly balls.

“With eighth graders throwing, we’re going to have balls hit out there that will be hard to catch,” Regalo said. “They’ve really stepped up and have been playing great.”

Another standout is ninth grader Alonah Felton, who excels at catcher.

“To be facing all of these older kids, they are doing a good job,” Regalo said. “The only thing I think we can improve on is cleaning up the little stuff – tagging people out when we get the chance; finishing the play if we miss a ball.”

Regalo said the end goal of any season is to make it to the championship game in Sulphur. Making it past the first round has proved a challenge in the past, and Regalo is hopeful this year’s squad has the talent to push forward.

(Editor’s Note: This story has been updated since its original publication to reflect the current season record following Tuesday’s win against Ascension Catholic.)