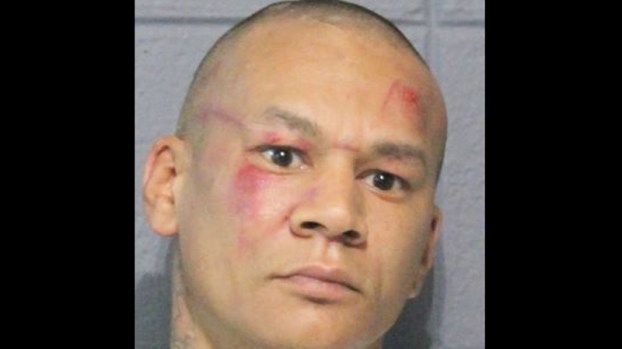 St. John Parish Sheriff’s Office Special Operations Division officers were conducting patrols in LaPlace on March 7 when they saw a stopped vehicle in the center turn lane in the 1600 block of West Airline Highway.

The driver was identified as Kenney Paul Vicknair, 34, of Reserve, who had active warrants for felony charges.

As officers initiated a traffic stop, Vicknair pulled out of the turn lane, sped towards Belle Terre Boulevard and headed west on Interstate 10 toward St. James Parish. Officers also observed an unidentified passenger in the vehicle.

Officers canvassed the area but were unable to locate Vicknair.

As the vehicle eventually came to a stop, officers made contact with the passenger.

Through investigation, officers learned the passenger received a ride from Vicknair from a business in LaPlace. As Vicknair fled from police, he refused to let the passenger out of the vehicle.

According to the Sheriff’s Office, Vicknair has been arrested more than 20 times since 2002 in St. John the Baptist Parish.

RESERVE — Simmering tensions that have long bubbled beneath the surface between Louisiana Premier Charter and St. John the Baptist... read more