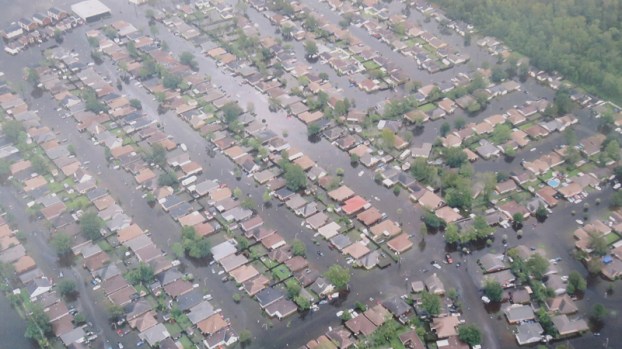 St. John searches for its role in massive levee construction

LAPLACE — St. John the Baptist Parish has yet to clearly define its responsibilities within the West Shore Levee Project, a step that must be taken before administration enters partnership agreements with local and state agencies.

Parish administration is continuing to operate on a five-year timeline that includes two years of planning and three years of construction, though the extent to which local contractors could be involved remains unclear.

According to Parish President Natalie Robottom, St. John was not part of a February partnership agreement signed by the Corps of Engineers New Orleans District, Coastal Protection and Restoration Authority of Louisiana and the Pontchartrain Levee District.

The agreement formally allocated $760 in federal funding awarded in July 2018 to the levee project and locked down stakeholders into a scope of work.

While administration is actively working with the agencies that signed the agreement, Robottom said she is proceeding with caution until there is more certainty surrounding St. John Parish’s role in the project.

“Prior to knowing what we’re responsible for, it is very difficult to put together a scope of work,” Robottom told Parish Council members last month. “It’s premature to sign an agreement with someone because they’re asking you to, not knowing what you need to do.”

Robottom has since convened with Coastal Protection and Restoration Authority at a meeting that included updates on all Corps of Engineer projects.

She plans to arrange a meeting in St. John Parish dedicated solely to the West Shore Levee Project, where administration and potential contractors can learn about job requirements involved in construction and how to participate.

Construction is projected to begin in 2021 with completion by Spring 2024, according to the Corps of Engineers, signaling a delay from the late 2023 completion date announced to the public in August.

Once completed, the levee would provide 100-year storm surge protection to more than 100,000 River Region residents.

Councilman Marvin Perrilloux has kept abreast with levee updates, including requests for rights-of-entry that began in 2018, meetings with Parish landowners and other field investigations.

However, he said a St. John representative with more experience is required to ensure resident and contractor needs are being met.

“We need an engineer with ears at the table for St. John Parish with this West Shore Levee Project to make sure we’re getting everything that we need; make sure we’re hearing what they’re hearing and talking that same language,” Perrilloux said.

Faced with a shortage of directors in several departments, Robottom said administration is bogged down by day-to-day responsibilities and agreed outside help is needed to oversee the levee project.

However, she believes a locally based meeting with non-federal partners is still top priority. Until the Corps, the Coastal Protection and Restoration Authority and Pontchartrain Levee District can assist in finalizing a scope of work, hiring a project manager or engineer comes with a risk.

“I’m not saying we don’t need help, but we need to be very cautious about what we are agreeing to and signing to and paying for,” Robottom said.

“This is not an expertise that we have, nor do we have the time to do it. That is why we are proceeding with caution because I don’t need to hire somebody to do something that’s not even our responsibility.”

Councilman Larry Snyder agreed a project planner is needed and raised a question over funding for continued upkeep and maintenance after construction is complete.