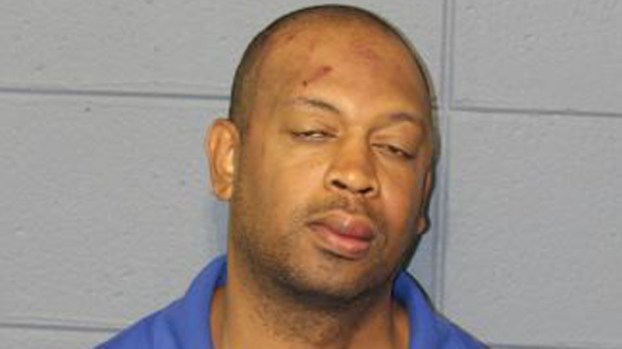 EDGARD — Shawn McKinney, 45, of Reserve could be sentenced to as much as 25 years in jail 12 months after shooting wildly into a vehicle with multiple occupants, striking an innocent woman in the foot, authorities said.

McKinney’s case is set for sentencing Monday in Edgard, and his conviction ranges from aggravated battery and criminal damage to property are 0-10 years and 1-15 years, respectively, prosecutors said.

A St. John the Baptist Parish jury found McKinney guilty Feb. 22 after four hours of deliberations, the result of a three-day trial that ended the same day.

Prior to trial, the D.A.’s office said McKinney refused the State’s offer of a probation plea.

Several witnesses and a number of St. John Sheriff’s Office detectives ultimately testified that McKinney got into a physical altercation with a male on the night of March 4, 2018, at 202 W. Second Street in LaPlace.

While the male was driving away from the scene, testimony indicated McKinney shot several rounds into the back of his vehicle, which resulted in a female passenger sitting in the back seat being shot in the foot.

The vehicle’s driver took the female victim to the hospital, where she was treated for the gunshot wound to her foot.

The Sheriff’s Office announced McKinney turned himself into investigators a short time after the shooting, eventually posting a $12,500 bond and being released.

Deputies began their investigation after responding to Cardinal and Redbud streets following an initial gunfire report.

“During the argument, McKinney pulled out a gun and began shooting at the victim and a vehicle in the parking lot,” a Sheriff’s Office release said. “He shot the victim in the foot then fled the scene in a vehicle.”

At the time, police said McKinney and the victim did not have a previous relationship.

St. John searches for its role in massive levee construction

LAPLACE — St. John the Baptist Parish has yet to clearly define its responsibilities within the West Shore Levee Project,... read more