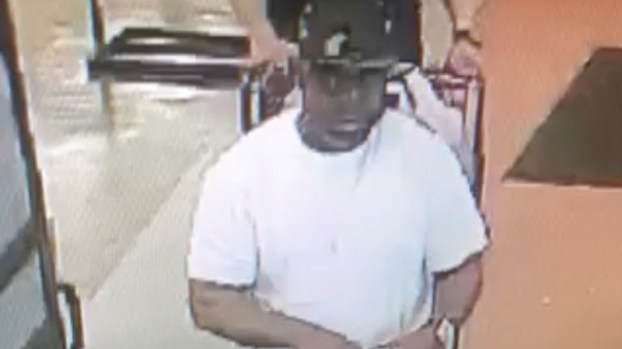 The man pictured is a suspect in a LaPlace theft that took place March 1,police said.

LAPLACE — Authorities are asking for the public’s help identifying a theft suspect.

Via social media, St. John the Baptist Parish Sheriff’s Office said detectives are seeking to ID a male seen in a white T-shirt.

Police said the search is in reference to a theft that occurred in the 1400 block of West Airline Highway (Riverlands) on March 1.

According to police, the suspect fled in a burgundy vehicle.

No other information about the incident has been released.

EDGARD — More than 20 charges of vehicular burglary were dismissed against a LaPlace man after another defendant took full... read more