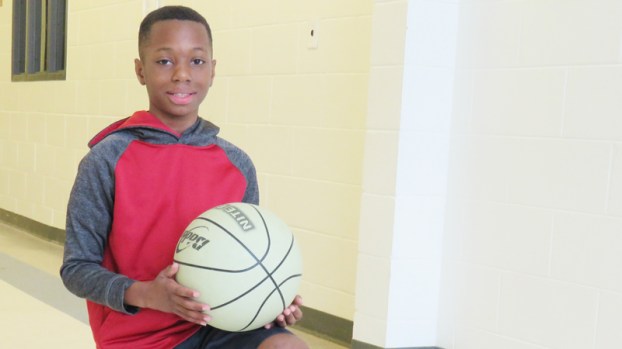 LAPLACE — If LaPlace Elementary fifth grader Theron Gross doesn’t become a world famous basketball star, his back-up plan is to excel in the STEM field as a robotics engineer.

As fifth grade student of the year, Theron has a wide range of talents from athletics to academics to the arts, and his teachers say he has the dedication to succeed in any path.

Aside from achieving all-A honor roll since kindergarten, Theron has followed in his family’s footsteps as a superb speller who recently took first place at district with the word J-A-C-U-Z-Z-I to advance to regional level competition.

Spelling bees are a tradition for the Gross family, which led to older brother Thomas Gross III representing LaPlace Elementary at the Scripp’s National Spelling Bee in 2018. Theron has his own collection of spelling achievements dating back to kindergarten, but he maintains a sense of individuality.

Quiet and conscientious, Theron understands the importance of education, and it’s his goal to represent himself and LaPlace Elementary in the best light.

“I felt good about being student of the year because this was my first year (being eligible), and I just wanted to win it,” Theron said.

“It means a lot because you get to represent your school. Because of all your hard work, this is what comes out of it.”

Theron Gross and Alyssa Munoz are the fifth and eighth grade Students of the Year, respectively, at LaPlace Elementary School.

“It’s not me who motivates him,” Harding said. “I don’t even think it’s his parents. For example, he took a test and didn’t do as well as he thought he should. He came to me and asked, ‘What can I do to improve this so I don’t make the same mistakes the next time?’ That touched me personally because that means this child is not looking for me to correct it; he’s correcting his own mistakes.”

Theron doesn’t make many mistakes in math, a subject that has always come naturally to him. Last year, he was the only St. John the Baptist Parish fourth grader to earn a perfect 850 on the math portion of the LEAP test.

Theron experiments with robotics in 4-H by using coding to accomplish basic tasks. Most recently, he and his team programmed a small robot to remove pieces of rice from an “oil spill,” simulating a way robotics could be used to help the environment.

Athletics give Theron a chance to shine on the LaPlace Elementary track team and his recreational Lakers basketball team, where he recently earned a championship.

“I enjoy getting to play because it makes you feel like part of a team,” Theron said. “I look up to Steph Curry because he’s a basketball player, and I like basketball, too. He inspires me to get a shot like him.”

Theron Gross was the only St. John the Baptist Parish fourth grader to earn a perfect 850 on the math portion of the LEAP test.

Theron has played basketball since age 4, and he yearns to go professional with the Hawks or another NBA team when he grows up.

Carving and building 3D sculptures using wires are among Theron’s other hobbies focused in his school’s talented art program.

Theron is the son of Thomas and Tatanisha Gross of LaPlace, and he said religion is a guiding force in his family’s life.

“My parents are Christian, and they always get us to follow God, too,” Theron said. “I’ve been a good person, and I’ve tried to be that way for my whole life.”

RESERVE — When Riverside Academy lost to University Lab by 10 points on Jan. 18, it dropped the Rebels’ record... read more