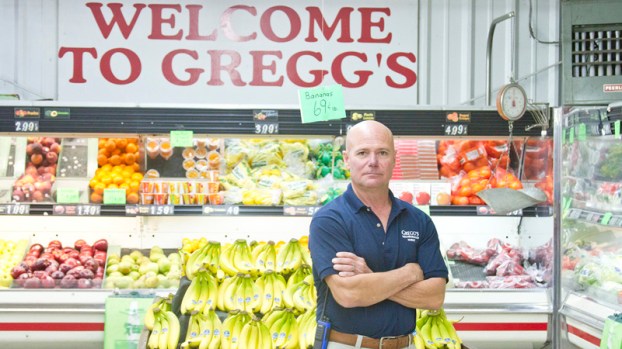 RESERVE — Almost 15 years have passed since Gregg Simon took over the Weber’s Supermarket Foodliner in Reserve for a complete overhaul of interior and exterior renovations.

The store now known as Gregg’s Neighborhood Market opened at 148 Central Avenue in the early 1960s, back when there was no need for a large parking lot. Locals from surrounding neighborhoods walked to the store for groceries, which were once condensed to the right wing of the building.

A shoe store stood in the middle, separating the market from Mollere furniture.

By the time Simon arrived to work as manager in 1989, the storefront was exclusively a grocery market. In the years that followed, Simon watched the business decline as aging equipment presented a dire need for refurbishment.

Opportunity for change came in 2004, when longtime owner Harvey Weber exited the business after a robbery and placed the store’s future in Simon’s capable hands.

As new owner, Simon painted walls, replaced lights and ceiling tiles, purchased new store cases, procured a generator and renovated the dilapidated outside of the building.

One of the biggest transformations was the renovation of the meat department, which now features a refrigerated area and cutting room.

Employees Desiree Porche and Rose Haydel stand in front of the meat section, which was renovated after Gregg Simon assumed ownership.

“We get compliments all of the time because all of our people are very friendly,” Simon said.

“That’s what makes us stand out. The employees treat our customers well and thank them. It’s convenient. We try to get people in and out quick so you’re not waiting in lines like in a big chain store.”

“You get to see more of the same customers everyday. It’s a friendlier place compared to some bigger stores, and I think that makes it better.”

According to Clement, Gregg’s Neighborhood Market stays actively involved by providing groceries to churches for Lenten fish fries and donating to public and private schools.

“He (Simon) donates a lot and does a lot of things for the churches and schools,” Clement said. “That kind of thing makes it good for the community and makes people want to come here and shop.”

Customers leave with printed fliers for weekly specials in their grocery bag.