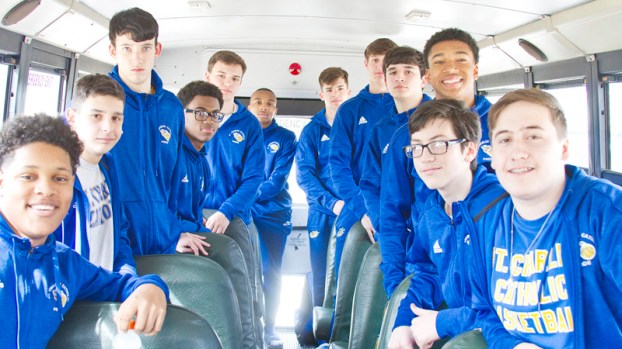 The 51-63 loss that ensued wasn’t unexpected.

The Comets finished the season with an 11-17 record that included a 0-8 district showing, but the boys came out with enough strength to keep Monday’s playoff game close through the third quarter.

“They were bigger, stronger, faster and more athletic than us,” Todd said. “They had more guys, but we hung with them. It was 25-24 at half, and then they broke through in the third quarter and we kind of ran out of gas. It’s kind of been that way all throughout district, unfortunately.”

Senior Jason Bosco, a consistent team leader, led in scoring with 22 points. The next leading scorers were senior Joseph Mamou with 12 points and junior Justin Dumas with 9 points.

Todd said the Comets were “the best they could be” in the face of adversity, and he is proud of the guys for giving every game full attention and effort.

Four starters are expected to return for next season, Todd said, though it will take more participation to keep the Comets basketball program going strong.

“We could definitely use more bodies, and that depends on who comes out and who wants to play,” Todd said. “Our four juniors, Justin Dumas, Christian Montz, Owen Bourgeois and Tyler Delaneuville, will be returning with a lot of experience, but they’re going to need some help, and I don’t know where that’s going to come from.”

Coach: SCC to “lay it all on the line” in playoff battle with David Thibodaux