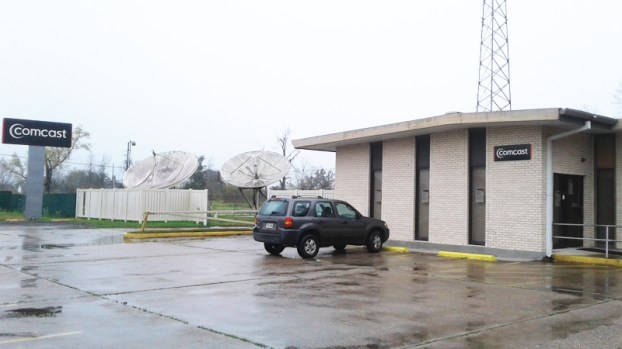 Xfinity Comcast closed its LaPlace location at 136 Farm Road, off of old Highway 51.

Numerous St. John the Baptist Parish customers were surprised to learn this week that the Internet and television service provider closed its LaPlace location at 136 Farm Road, off of old Highway 51.

Customers who pulled up toward the end of the week were greeted with locked doors and signs indicating the store closed Tuesday (Feb. 19).

The company still plans to provide service to locations in the area, but company officials say the nearest physical store is now an hour and 14 minutes away in Houma.

Xfinity is a subsidiary of Comcast Corporation, and the news of the LaPlace closing was not immediately known throughout the company in the days after closing.

Comcast Xfinity Customer Service Agent David, who did not provide his last name, told a St. John customer on Thursday his information still listed the LaPlace store as open. David said Xfinity’s normal process includes alerting its customers when closing a physical store; however, he said that did not take place in St. John the Baptist Parish.

“As of right now, I am not seeing any correspondence that went out regarding a store closing in your particular market, as of yet,” David said. “You should be getting notices shortly in regards to that particular region.”

That closing could be an issue for local customers who regularly visit the LaPlace location once a month to pay cable or Internet bills. David said those customers who pay their bill via mail, delivery that could come in past due because of the store closing, would not have to pay a late fee.

“If there is any late fee applied to your account, we will be more than happy to rectify it,” he said.

The frustration persisted for LaPlace customers who were left with a taped up closing sign that simply referred them to 1-800-xfinity, a massive and automated company hotline that rarely leads to a human representative.

In a perplexing sense of misinformation, the closing poster in LaPlace noted the Houma Xfinity was open from Monday through Saturday but also closed Saturday and Sunday.

There was no contact phone number for the Houma location provided to clear up the confusion.

EDGARD — Samantha Griffin, 46, worked landlord and rent-collecting duties at an apartment complex in the 300 block of East... read more