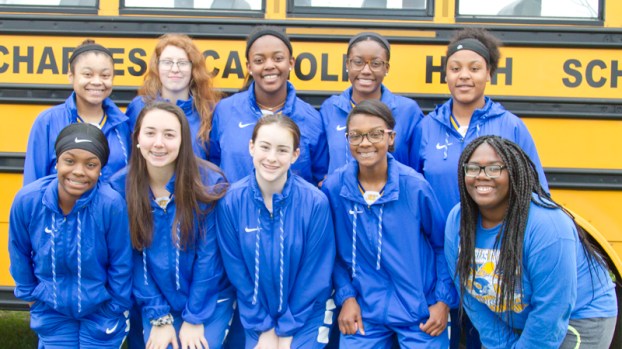 Coach Brandi Adams was disheartened by the outcome, a far cry from last week’s hard-earned victory against David Thibodaux, but she is pleased with the growth she’s seen from the young team.

Eighth grader Mya Brown led in scoring against Ursuline with 12 points and showed her potential to mature into a top player.

“The season was progressive in the right direction,” Adams said. “I could definitely see growth in the players, and I couldn’t ask for much more than that. Everyone is in a better position at the end than when they started the season.”

Adams said the team will work harder with conditioning over the summer.

“I’m anticipating a lot more wins than we had this season,” Adams said, referencing the Lady Comets’ 6-20 closing record.

Health was another challenge this season and in Monday’s playoff game. One of the girls sidelined by injury recovered in time for the playoffs, only to fall ill with appendicitis prior to the game.

“I feel like we were a little bit slow with our intensity,” Adams said after the loss. “No one was injured on their team.

“They had the home court advantage, we were down one and it all showed out in the score.”