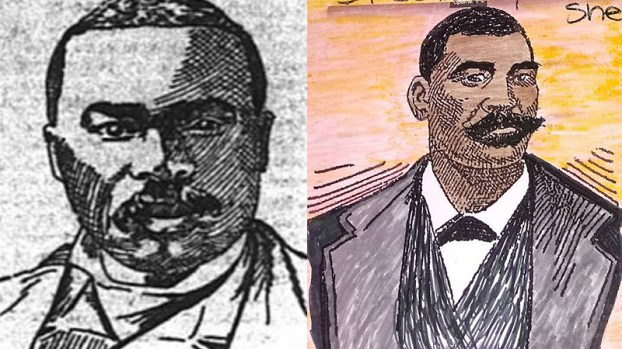 LAPLACE — LaTunya Dykes of LaPlace set out to help her daughter with a social studies project and discovered an era of overlooked black leaders in St. John the Baptist Parish and beyond.

Conversations with seniors at Place Du Bourg in LaPlace led to a mention of St. John Parish’s first black sheriff.

Dykes learned John Webre was elected sheriff twice during the Reconstruction period between the end of slavery and the height of Jim Crow laws, serving first from 1876 to 1877 and then from 1878 to 1896.

The 15th amendment of the U.S. Constitution gave African Americans the right to vote in 1870, when the population of St. John Parish included 2,718 white residents and 4,044 black residents. Black voter numbers plummeted at the turn of the 20th century as new laws introduced exclusionary requirements.

Webre’s term ended with the infamous election of 1896, when a heated dispute over transportation of ballot boxes led to the shooting death of a resident and appearance of state militia. William Hart was declared elected sheriff when the dust cleared and votes were counted.

A St. John the Baptist Parish history book at the LaPlace Library states state militia were sent in by the governor’s office prior to the racially-charged election. Published accounts referred to the election day as “the end of negro domination,” adding St. John was one of the last remaining parishes “tolerating the administration of the negroes” in 1896.

Unfortunately, little information has been preserved on Webre and other black political figures of the era, according to Dykes. The only historic record readily available was an 1880 census listing Webre, his wife and their four children.

Preserving history for the next generation is crucial to instill pride in African American children, Dykes said. She watched her daughter’s excitement for the research diminish when information was hard to come by, and she believes bridging the gaps in education could make all the difference.

LaPlace resident LaTunya Dykes, right, is pictured with her daughter. Dykes hopes to share the St. John Parish’s forgotten history with the next generation.

“I was raised up north and went to a HBCU, and no one taught me these things,” Dykes said. “I’m finding out now as an adult, and I feel like if I would’ve known more of that growing up, I would’ve had more pride in myself.

“In the books, from slavery to civil rights, there was a big gap. Had I known what that gap was filled with, I feel I would be a better person today.”

Dykes has long wished to start a youth program for local children.

“I’ve tried several different tactics to start it, but I’m going to try this historical one now and see if I can capture parents’ or kids’ attention with that,” Dykes said.

Demas was born into slavery in St. John Parish and went on to become a constable, state senator, school board member and civil rights activist after the Civil War.

Demas died of Bright’s disease in his early 50s and was buried at St. John the Baptist Church in Edgard.

His obituary in The Times-Picayune, published in 1900, said, “A large number of people from the parishes of St. James and St. Charles attended… At the church were a large number of the white citizens and officials of the parish.”

Dykes’ research started with historical books at the LaPlace library and expanded outside of the parish to LSU and the Library of Congress.

“We also have a lot of history journals that we subscribe to,” DuBois said. “We have the information, it just takes a little bit of digging.”

Branch supervisor JoAnn Proctor wants the St. John Parish library system to be a resource for local teachers and students to use for class projects.

“We want teachers to know of all the resources we have at the library because the resources are endless,” Proctor said. “Teachers can contact the library to ensure projects in the classroom are extended by these resources. The library belongs to the community, and that is the purpose for any program we have.”

St. John Parish elected officials were in attendance as Horton delivered a message on “Walking in Your Purpose” and leading change so others may receive blessings.

Payless tentatively sets May for closing of LaPlace store

LAPLACE — Payless ShoeSource of LaPlace, located at 1800 W. Airline Highway in the Walmart shopping center, is shutting its... read more