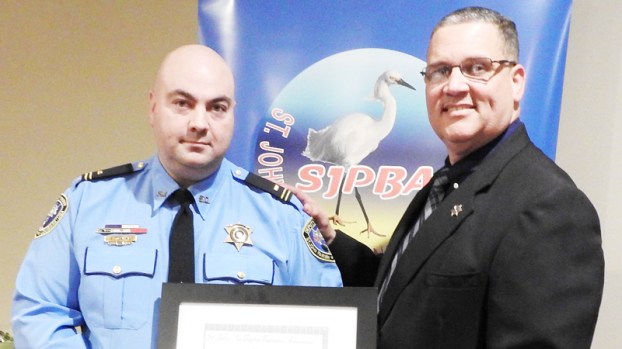 It’s wasn’t one of his making, according to Trahan’s supervisors, but it was one for him to solve.

The server handles live feeds for more than 160 St. John crime cameras and 140 internal cameras covering the jail and Sheriff’s Office. The server also maintains footage from those cameras for the previous 30 days.

Trahan immediately began working to restore the system, continuing the effort well into the night. After work hours in the midst of dealing with personal matters, he worked to, at least, be able to retrieve information.

From his home, Trahan used his laptop to remotely enter and initiate various steps, working until midnight. This also included several phone calls to the server company.

The next day, when he was scheduled off, Trahan again worked on the server issue until midnight.

As a result of his hard work and vigilance, Trahan retrieved past data, restored the live cameras and kept the server operating as the Sheriff’s Office waits for a new server to be installed.

“It is my belief that had Lt. Trahan not have gone the extra mile, working until midnight … on his off time, we would still have issues with retrieving vital information from this server,” said Lt. Conrad Baker, who nominated Trahan for recognition.

The St. John the Baptist Parish Business Association named Trahan the Officer of the Month during the group’s Wednesday meeting at Petra Restaurant & Lounge.

Trahan was honored for his technical expertise and professional knowledge as well as his devotion to duty above and beyond the call.