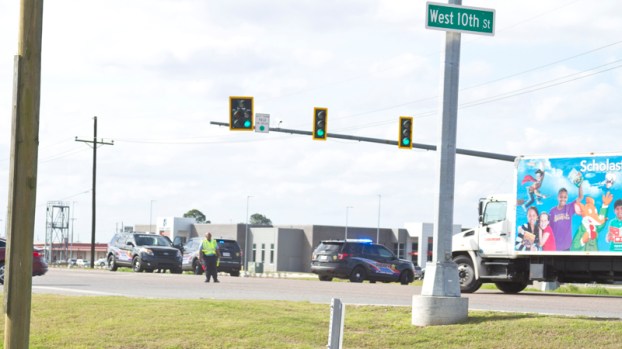 GARYVILLE — Multiple agencies are responding to a chemical spill on Airline Highway after an 18-wheeler leaked molten Sulphur from Garyville to LaPlace, authorities said.

There are no public precautions or hazards associated with the spill, according to Baileigh Helm, communications director for St. John the Baptist Parish.

According to the St. John Parish Sheriff’s Office, the leak occurred around 2 p.m. Thursday as a tanker traveled Eastbound from Marathon in Garyville to Hemlock Street in LaPlace.

St. John Sheriff Mike Tregre, who was on the West Bank at the time of the incident, said the appropriate agencies were contacted.

SJSO could not comment on any potential impacts of the spill, directing further questions to Louisiana State Police.

A State Police representative said there are no evacuations ordered, and units are on scene to clean the spill.

Police diverted Westbound traffic down W. 10th Street in Reserve after the incident. As of 4 p.m., SJSO reported all lanes have been reopened, though traffic continues to move slowly.

The tanker responsible for the chemical leak is parked on Percy Hebert Road behind the St. John Sheriff’s Office building in LaPlace.