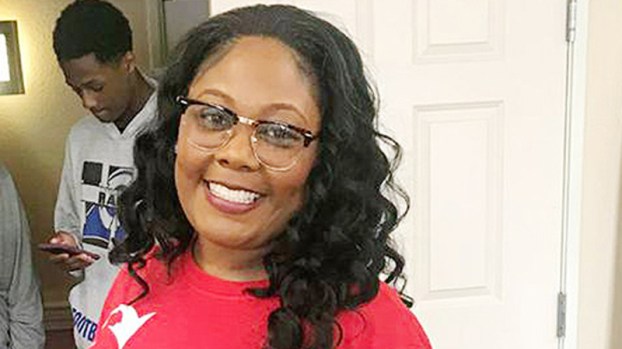 LAPLACE — Aneka Moll of LaPlace wanted a better use for the formal dresses stocked in her closet, good as new with tags still attached.

She thought of underprivileged high school girls who miss out on their fairy tale prom night because of high expenses. A mother of teenage boys herself, Moll understood the costs families take on during junior and senior year.

Two giveaways are planned for the 2019 prom season, starting from 10 a.m. to 2 p.m. Saturday at Choice The Event Place, 516 E. Airline Highway in LaPlace.

Registration is available on-site, and Moll is eager to donate 200-plus dresses and tuxedo vouchers this weekend after seeing the impact of Operation Prom in 2018.

Attendees gather for a prom dress giveaway in 2018.

“When they were lined up down the hallway, I really saw the need,” Moll said. “Given how expensive formal events can potentially be for teens and their families, the prom dress and tuxedo rental giveaway serves as a way to help teens defray some of the costs.”

Prom dresses promote self-confidence and individual beauty, according to Moll. Each girl who registers her name, school and GPA is paired with a helper to find a dress that matches her preferred color and style.

Lakedra Honore, a lifelong friend of Moll’s, is an educator and counselor who works in Point Coupee and West Feliciana parishes. She took a group of students to Operation Prom and hopes to increase participation this year.

“In the parish that I teach in, as well as the parish I counsel in, the poverty rate is high,” Honore said.

“With social media and TV, it makes it seem like you have to go all out with trendy dresses, and some kids don’t get that opportunity. With Operation Prom, the dresses (Moll) has are newer styles and trendy. They know when they put that dress on and go to prom, they’re going to feel beautiful.”

According to Honore, Moll had separate showings at her house to accommodate girls who couldn’t make it to the event.

Several businesses have partnered with Moll, and the community can help by donating dresses in good condition, as well as jewelry, purses and other accessories.

LaPlace Cleaners has offered to clean donated prom dresses for free. Drop-off locations are at 809 Main St. in LaPlace and at Elegance of Perfection Kids, 299 Belle Terre Blvd. in LaPlace.

NEW ORLEANS — A LaPlace woman fraudulently acquired $200,000 in falsified federal student loan money for her own personal use,... read more