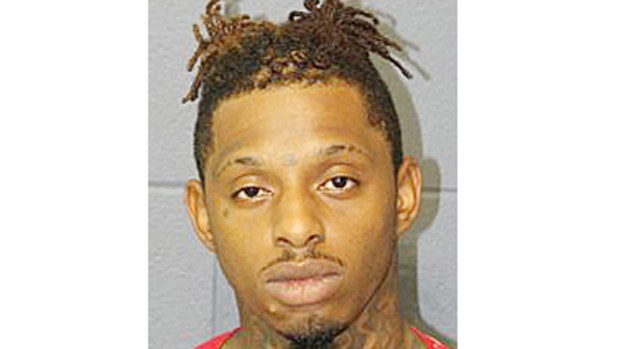 LAPLACE — Following a lack of victim cooperation, prosecutors dropped charges against a LaPlace man originally arrested two Aprils ago for attempted murder of his infant child.

Sheriff Mike Tregre said the baby was brought in for examination and released to go home but started having complications. Further testing found evidence of head injuries.

Police identified Lathers the suspect and arrested him April 18, 2017, booking him with attempted first degree murder.

Deputies originally responded to the 100 block of Montegut Avenue in LaPlace in reference to a couple arguing over child custody.

“Through investigation, deputies learned the male subject, identified as Lathers, wanted to take his 7-week-old child from the female,” Tregre said after the arrest. “A verbal argument escalated into a physical altercation, and Lathers began hitting the female with a closed fist as she was holding the infant.”

During the fight, the victim said Lathers also hit the infant in the head, according to authorities, who also noted at the time the mother was scared to speak out because of the altercation’s violent nature.

Following the arrest, the St. John District Attorney’s Office chose not to formally charge Lathers with attempted murder, because evidence presented did not rise to the level needed to secure a conviction.

The D.A. did pursue three counts of aggravated assault with a firearm, possession of a firearm by a convicted felon, aggravated burglary of an inhabited dwelling and aggravated second degree battery.

However, on Jan. 22, prosecutors dismissed the charges, noting a lack of victim and witness participation.

District Attorney Bridget A. Dinvaut said one victim was an infant and can’t testify and the second, the defendant’s girlfriend, consistently avoided contact with the D.A.’s office and Sheriff’s Office.

“We have worked diligently to try to keep up with her,” Dinvaut said.

“She has refused to cooperate. During ongoing communications with the lead detective, we determined she cannot currently be located by the Sheriff’s Office. At two consecutive court appearances, all witnesses and victims failed to appear.”

According to Dinvaut, prosecutors reserve the right to reinstate the charges when and if the victim is located.

Authorities said Lathers, 30, is currently being held in police custody on charges relating to alleged criminal activity in New Orleans.

LAPLACE — Aneka Moll of LaPlace wanted a better use for the formal dresses stocked in her closet, good as... read more