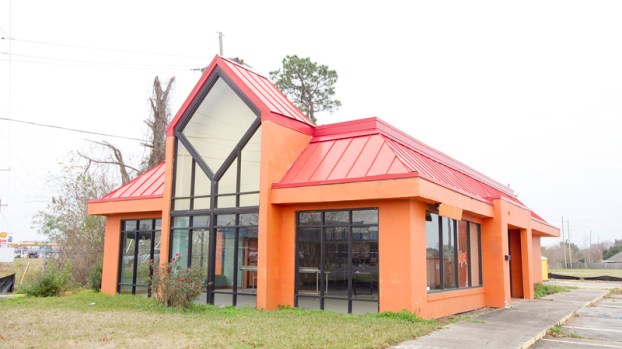 Waffle House will open at 1922 W. Airline Highway in LaPlace.

LAPLACE — LaPlace will have a new Waffle House on Airline Highway before spring ends, officials said.

Pat Warner, director of PR and external affairs for Waffle House, said the restaurant is in the planning phase of construction at 1922 W. Airline Highway in LaPlace, next to New Era subdivision.

The orange building that sits on the south corner of New Era previously housed a Taco Bell, Arby’s and, most recently, Fuji Express, which closed after the building was struck by a tornado in 2016.

The existing Waffle House on U.S. 51 in LaPlace will remain open.

“Our restaurant on Main Street has been very popular, so we decided to bring another Waffle House to LaPlace,” Warner said.

While Waffle House locations have previously been built to resemble one another, rapid franchise growth has led to variation in restaurant appearance, according to St. Rose unit manager Rae Simone.

At a recent team meeting, she and other Waffle House staff members were told the existing building at 1922 W. Airline Highway in LaPlace could be quickly remodeled for a late spring opening.

Up to 40 servers and cooks are being hired for the new location, and Simone said the time to apply is now.

To apply, visit wafflehouse.com. Two forms of ID are required for in-person interviews, according to Simone.

“The opportunity for advancement is here,” Simone said. “Longevity is here. I started as a server in 2013. The company is growing rapidly. There were nine locations (in the New Orleans region) when I first got here five years ago, and the LaPlace location will be No. 21.”

Waffle house is known throughout the South as a unique dining experience allowing customers to watch their fresh food cooked to order in a full-view kitchen.

Waffle House offers a variety of foods with a breakfast focus and is a leading server of waffles, omelets T-bone steaks and more.

Each Waffle House location is open 24 hours a day, 365 days a year.