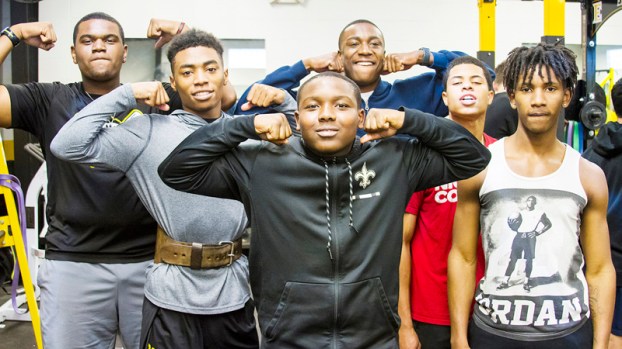 RESERVE — Parental involvement is a surefire way to send the East St. John High baseball team off to a successful 2019 season, according to Baseball Booster Club president Eric Breaud.

An instructor at River Parishes Community College, Breaud stepped into a Booster Club leadership position one year after his son joined the baseball team. Seeing last year’s fundraisers defer costs of equipment and travel expenses taught him there’s no limit to what a supportive Wildcats family can accomplish.

“Last year, we had a lot of parents that were leaving because their sons were seniors,” Breaud said. “They were looking for a parent to step up, and I feel the only way for things to continue at the school is to have parent participation. When one parent’s child leaves, we need to have another parent step up and keep it moving.”

Booster Club parents started fundraising for the season by raffling off gas cards and received a positive community response, according to Breaud.

A $10 donation opens the door to hours of music, dancing and refreshments. Dress code is casual, and guests are encouraged to wear their favorite team jersey or shirt.

Tickets can be obtained at the door, in advance from ESJH baseball players and coaches or by messaging “Esjalumni Reunion” on Facebook.

Breaud said attendees are welcome to bring guests to draw a bigger crowd and bigger impact for the baseball team.

“We put the dance on for the parents last year, and it was a big success,” Breaud said. “It’s going to be a good time for adults. We like to call it our grown-up dance because that’s a time when the parents can come together and talk about things we can do to put us in a position to help the kids.”

After the dance, Booster Club parents plan to host an additional five to six fundraisers by the end of the spring.

Herman Farlough gets in a preseason workout in the locker room, wearing a shirt that represents the Monroe tournament the Wildcats will travel to Feb. 28-March 2. Baseball Booster Club fundraising, including proceeds from the Jan. 26 Adult Extravaganza dance, will defray travel costs. (Brooke Robichaux/L’OBSERVATEUR)

Among the projects in the works is a Raising Cane’s fundraising day that would dedicate a portion of sales to Wildcats team expenses.

“We don’t have a particular goal,” Breaud said. “We’re just trying to raise as much as possible to help with additional expenses for things like uniforms, equipment, tournaments and facilities.”

“I am very proud to have hardworking parents support the baseball program,” Henderson said. “The Booster Club is a very, very vital part of what we do here. So far, the parents have been really great and understanding of what we need to do and how to get it done.”

According to Henderson, Breaud is doing a great job taking initiative as president and regularly comes to the field to survey what can be improved.

The Booster Club also helps restock balls, bats and other materials, according to Henderson.

There are approximately 20 active members of the Booster Club who meet on Monday evenings at East St. John High School.

Practice for the 2019 Wildcats baseball season starts Monday, and the first scrimmage is scheduled Feb. 6.