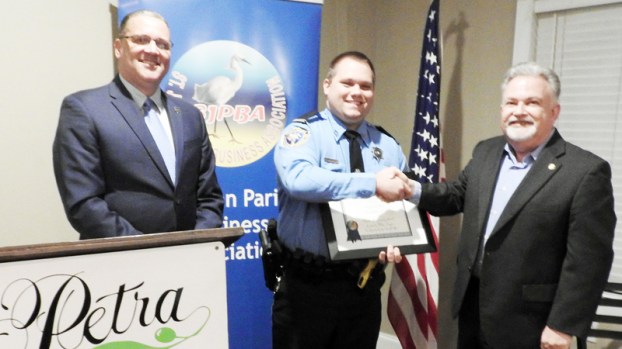 Deputy Jordan Robeaux was working a detail Nov. 16 at a local store in St. John the Baptist Parish when he received a report that a male subject had collapsed and wasn’t breathing.

Robeaux quickly assessed the scene, notified 911 and checked the fallen man for breathing and a pulse.

When no pulse was found, Robeaux performed cardiopulmonary resuscitation.

The victim was treated at a local hospital and released, and is recovering well, according to the St. John the Baptist Parish Sheriff’s Office.

Due to his actions, the St. John Business Association recognized Robeaux as Officer of the Month during the civic group’s Wednesday meeting at Petra Restaurant & Lounge in LaPlace.

LAPLACE — Kita Harry of LaPlace was inspired to open a one-stop beauty shop when she noticed friends flocking to... read more