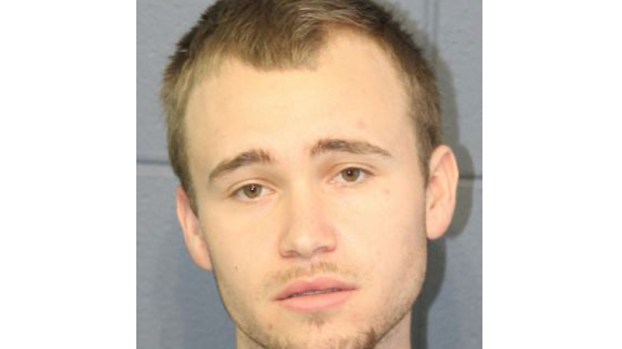 LAPLACE — A local man has been ordered to report to the St. John the Baptist Parish Sheriff’s Office next week to begin serving a 10-year prison sentence for illegal weapons possession.

Devin Michael Hebert, 22, accepted a plea bargain Dec. 17, where prosecutors dropped an aggravated burglary charge in return for Hebert pleading guilty to possession of a weapon by a convicted felon, according to the St. John Clerk of Court’s Office.

Judge Edward Gaidry sentenced Hebert to 10 years with the Louisiana Department of Corrections without the benefit of parole.

Hebert, who was given credit for any time served since his May 3 arrest, was ordered to turn himself in Jan. 9. Hebert must also pay a $1,000 fine.

According to the Sheriff’s Office, deputies responded to the 100 block of Augustine Lane in LaPlace May 3 in reference to a residential burglary in progress.

Deputies were informed the homeowner was watching the break-in occur through in-home video surveillance.

Upon arrival, deputies learned the suspect, identified as Hebert, left the location with several stolen firearms. Deputies also observed pry marks to the door of the residence to gain forced entry.

Through investigation officers learned of Hebert’s whereabouts, and he was apprehended by members of the Special Operations Division on North Sugar Ridge Drive in LaPlace.

LAPLACE — Jaylin Darensbourg of LaPlace is outspoken and ambitious, eager to leave his mark on the West Coast music... read more