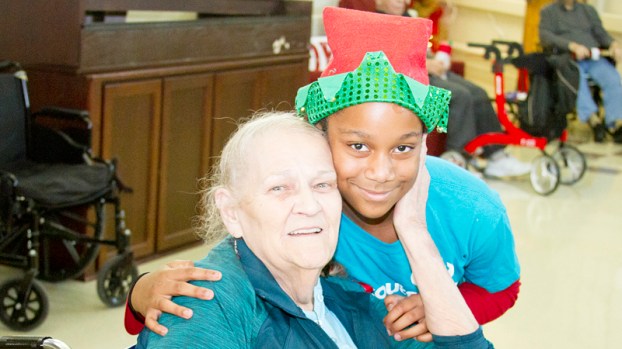 RESERVE — The new Girl Scouts Troop 21166, based in Reserve, has exceeded all of troop leader Jessica Smith’s expectations in less than three months.

At their first October meeting, Smith and four girls banded together in a meeting room, no one knowing quite what to expect.

By Christmas, that group of four had grown into a sisterhood of 15 girls taking steps to become active members of their community.

The group began collecting winter coats, mittens, socks and other donations in December to give a warm embrace to people in need.

Troop members also had help from their families, according to Sarai.

“When we go home, we ask our families what we can do and ask if they have anything that can keep someone warm,” Sarai said. “We are giving back to people in need, and that’s a good thing to do. Maybe they don’t have as much as you do.”

Smith said she wants to teach the troop, comprised of fourth through sixth grade juniors and cadets, that the world becomes a better place when people lend a helping hand.

“This is our first community service, but it won’t be our last,” Smith said. “I’m just trying to teach the girls that despite all that’s going on in this world, we still have to be considerate of others. It’s showing them compassion still exists.”

The donations will be distributed this month, according to Smith, who said they would likely go to shelters or safe houses for women and children fleeing abusive situations.

Troop member Veronique Negron said it’s important to show people who feel like they have nothing that there are people who care for them.

Spreading joy was also the objective of a recent trip to the Southeast Louisiana Veterans Home in Reserve, where Veronique and other troop members sang Christmas carols, performed skits and handed out stockings filled with candy canes and trinkets to residents.

“My favorite part of coming to the Veterans Home was talking to all of them and getting to know them,” Veronique said.

Troop member Gem Baker agreed, adding it was a blessing to “communicate with them so they don’t feel lonely.”

“We are here to help the environment and the community and put smiles on people’s faces,” Gem said.

In the short time Troop 21166 has been active, the girls have also serviced the St. John the Baptist Parish Animal Shelter, according to Smith.

“When people think about Girl Scouts, they think cookies, but it’s way more than that,” Smith said.

“We’re helping people and building life skills. It’s teaching me how to be a better person, honestly. I feel like I’m building more of a sisterhood than just girls getting together.”

According to Smith, several girls came into the group facing bullying and other concerns at school. At meetings, girls can discuss what they are going through and seek advice from others, including adult volunteers.

Veronique wants the community to know Girl Scouts is open and accepting to all.

“If you want to come at any time, you’re allowed to,” Veronique said.

“Every girl in this world is welcome to join a troop.”

Troop 21166 meets on the second and fourth Saturdays of every month at the Reserve library. For more information, attend a meeting, visit gsle.org or call area coordinator Katrice Reid at 504-338-6922.