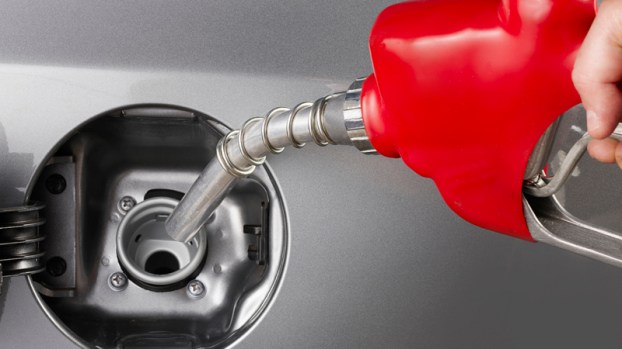 Gasoline prices in Louisiana have fallen 4 cents per gallon in the past week.

LAPLACE — Gasoline prices in Louisiana have fallen 4 cents per gallon in the past week, averaging $1.95/g Sunday, according to GasBuddy’s daily survey of 2,436 stations in Louisiana.
This compares with the national average that has fallen 6.6 cents per gallon versus last week to $2.25/g, according to GasBuddy.
Including the change locally during the past week, prices Sunday were 29.9 cents per gallon lower than a year ago and are 20.8 cents per gallon lower than a month ago. The national average has dropped 21.3 cents per gallon during the last month and stands 23.8 cents per gallon lower than a year ago.
Areas near Louisiana and their current gas price climate:
• Baton Rouge- $1.87/g, down 3.3 cents per gallon from last week’s $1.91/g.
• New Orleans- $1.88/g, down 3.4 cents per gallon from last week’s $1.91/g.
“As the national average price of gasoline continues to test multi-year lows, U.S. motorists are keeping over $250 million in their pocket every single day versus 80 days ago. The plunge has seen sub-$2 gas prices show up at over a third of all gas stations in the country while eleven states have seen average prices dip under the $2 level. The most common price at gas stations in the U.S. is now $1.99 per gallon while the second most common price is just $1.89,” said Patrick DeHaan, head of petroleum analysis for GasBuddy.
“With the plunge perhaps continuing for another couple weeks, many motorists have been asking how long this trend will continue into 2019- and the answer is that it’s complicated but possible summer gas prices won’t be anywhere near this low, but all the specifics on what motorists can expect in 2019 will be revealed Wednesday as GasBuddy releases its 2019 Fuel Price Outlook. I would encourage motorists to check it out for all the possibilities for pump prices into the New Year.”
You Might Like