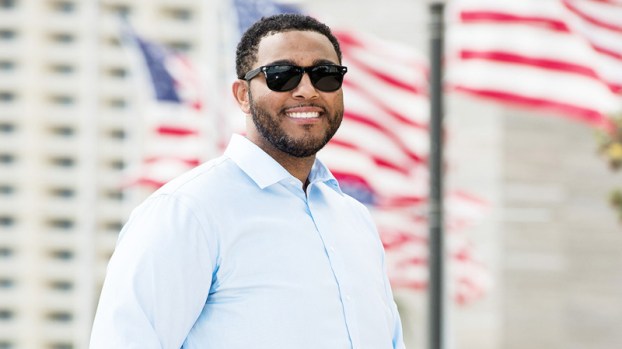 Edgard native Anthony Goudia spends much of his time working abroad in his position as a special agent with the United States Secret Service.

Since accepting a special agent position and relocating to Miami in 2016, Goudia has spent close to 70 percent of the year traveling domestically and to South American countries on assignments.

“This job requires a lot of mental training,” Goudia said. “They challenge your mind because things can change with the wind. When you’re protecting somebody, you need to think of answers to problems very quickly and be fast on your feet.”

Goudia, a 2002 West St. John alumnus, joined the junior fireman’s program as a freshman in 1998. Through the program, which has since been discontinued, Goudia participated in career and volunteer firefighter classroom training, rode along in fire trucks and assisted in cleaning equipment.

He started college at Southeastern Louisiana University but put his education on hold in 2004 to accept a full-time position with the St. John Parish Office of Fire Services.

“I always looked at that as a good foundation for my career,” Goudia said. “It kept my mind busy and occupied.”

Two years later, Goudia went to work for the State Fire Marshals Office in Baton Rouge, where he was introduced to arson investigations.

Meanwhile, he went back to school in the form of online classes with Columbia Southern University to finish his bachelor’s and earn master’s degrees in emergency management and public administration.

Goudia left the State Fire Marshal’s Office in 2012 for a position in criminal investigations at the St. John Parish Sheriff’s Office.

It was there he met Lieutenant Thomas Ricks. The two quickly became brothers, and Ricks said he keeps in regular contact with Goudia despite the distance.

“Anthony is a very smart guy, both in education and street smarts,” Ricks said. “I really admired his work ethic and tried to become a lot like him in that aspect. The drive he has is infectious. He inspired me to go back to school and get my master’s degree, and I’m actually only one class from graduating.”

Ricks looks forward to beginning a new career as the lead security officer for Pelicans basketball star Anthony Davis, and he credits Goudia for igniting his ambition to advance.

Working in St. John Parish taught Goudia to trust in his team to accomplish shared missions.

Goudia always had a goal to work on the federal level. When the opportunity presented itself, he couldn’t pass it up.

“I have no regrets,” Goudia said.

“The agency is great. If you like traveling and seeing the world, it’s a great job. I have been to Uruguay, Ecuador and a lot of places in South America. I recently got back from Brazil.”

Goudia’s responsibilities include protecting the president, vice president, past presidents and any other person deemed to need protection, including visiting head figures of foreign countries.

The other half of the job deals with financial investigations. Goudia works to suppress money laundering, counterfeit money production, identity theft and other cases of fraud.

Wheels behind the meals: Swafford drives meal delivery for 1,900

LAPLACE — John Swafford Jr. is a quiet, soft-spoken gentleman, but his leadership ability is evident from the massively successful... read more