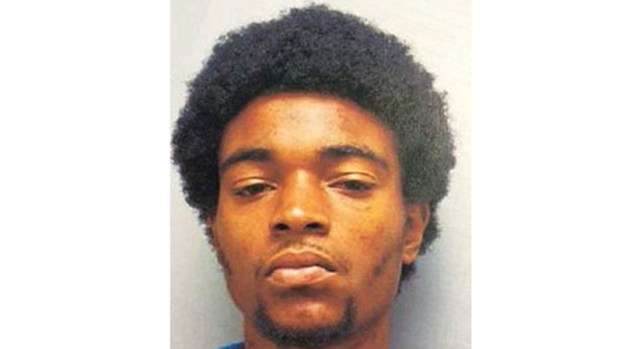 LAPLACE — This week’s status hearing in LaPlace didn’t bring family members of the late Steven Finckbeiner any closer to closure from his February 2014 murder at LaPlace Feed & Supply.

Weary from nearly half a decade of legal delay, the family was dismayed to hear a trial date — recently set and cancelled for Dec. 10 and Jan. 14 — could be delayed indefinitely.

Those decisions will be made Jan. 3 at the Edgard courthouse and are contingent upon whether defendant Charles McQuarter III changes his not guilty pleading to not guilty by reason of insanity, according to prosecuting attorney Lea Hall Jr.

The defense, which includes attorney Lisa Parker of the St. John the Baptist Parish Public Defenders Office, has also filed a motion for change of venue for a better chance at securing an impartial jury.

In May 2014, a St. John the Baptist Parish Grand Jury indicted McQuarter and Dracier Dewey, both 22-year-old Reserve residents at the time, for their alleged involvement in the LaPlace Feed & Supply burglary-turned-homicide.

Steven and Connie Finckbeiner, married owners of the feed store, were the victims of a Feb. 25, 2014, attack that left Steven dead by gunfire and Connie bleeding at the scene from a gunshot wound to the head.

Dewey, represented by Shannon Battiste, was charged with being a principal to second degree murder and attempted first degree murder. Dewey’s trial will be handled separately at an undetermined date following McQuarter’s trial, according to Hall.

Both pleaded not guilty, and Hall said the legal process would be extended if McQuarter chooses to change his plea.

In order for a defendant to be ruled not guilty by reason of insanity, Hall said the defense must take a two-pronged approach to prove the defendant committed the crime and he or she did not know the difference between right and wrong at the time due to mental impairment.

“There are several motions that are to be set,” Hall said. “If the pleading changes, that will cause further pretrial practice and trial setting down the road. If he does not change his plea, we will get a trial date on (Jan. 3). They also have the motion for a change of venue, the allegation being (McQuarter) doesn’t think he can get a fair trial here.”

Once a decision is made on the pleading and venue, Hall said legal teams would make discovery motions to determine how the evidence will be received.

During Wednesday’s court hearing, attended by Connie, 10 family members and two victim’s advocates, Parker requested additional copies of evidence because some video files sent by the prosecution could not be opened.

Parker was not available for further comment as of press time Friday morning.

Nolan Boutte, state vice president for the victim’s rights organization Crimefighters, has supported Connie and her family for the past month.

Boutte said the case became personal for him when he visited LaPlace Feed and saw an area of the wall patched up from bullet damage, the desk stained by blood during the attack and a framed photo of Steven walking his daughter down the aisle at her wedding.

“One Christmas after another goes by, and there’s no closure,” Boutte said. “Do you think the family will have a good Christmas? This lady was shot and left for murder, and to put her through this for this long … sometimes I think she’s worse off than the alleged murderer is in jail.”

She fears her sister-in-law, deceased brother and countless other victims have had their rights trampled on with the denial of a speedy trial.

According to St. John Parish Sheriff Mike Tregre at a press conference held after the killing, two armed men entered LaPlace Feed and Supply on Feb. 25, 2014, and opened fire before fleeing with the store’s cash register.

Tregre said the men inquired about shots for a dog and were, for unknown reasons, refused service. The men allegedly exited the store and re-entered almost immediately, when “things went very bad, very quickly,” according to Tregre.

The suspects fired a number of shots and fled the scene on foot, cash register in hand.

Steven died at the scene, and Connie was treated for gunshot wounds.

Dewey contacted authorities and confessed his involvement in the armed robbery and homicide in the same week, police said. Charged with being a principal to second degree murder and attempted first degree murder, Dewey is being held at the Madison Parish Correctional Center.

Dewey’s confession indicated McQuarter was the shooter, leading to a judicial court-ordered warrant for his arrest. McQuarter turned himself into the U.S. Marshalls Fugitive Task Force soon after and professed his innocence in a profanity-laced comment as he was taken into custody.

McQuarter’s arrest records detail a troubled past. In May 2009, he was arrested for disturbing the peace by fighting. In June 2010 he was booked with manufacture/distribution of a schedule I controlled substance, and later that year was booked with resisting an officer.

In 2012, McQuarter was booked with attempted second degree murder and illegal use of a weapon.