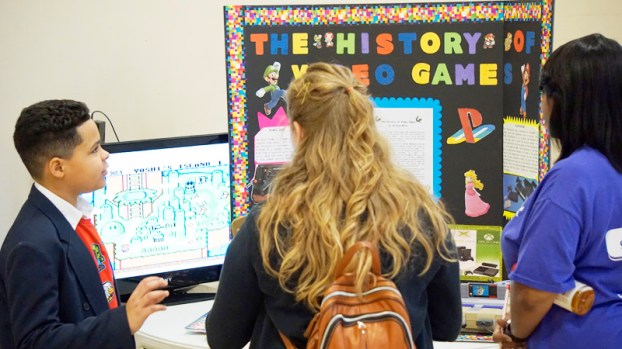 Students first had to win at their school level fairs to compete at the district level. Winners move on to the regional fair to compete against students from other districts.

Winners at the District Social Studies Fair were:

St. John STEM Magnet High School Program eighth grader Bethany Alboudoor treats judges to a song from the musical “Hamilton” during the presentation of her project on Alexander Hamilton during St. John the Baptist Parish Public Schools’ District Social Studies Fair. Alboudoor was awarded first place in the history category for her efforts.