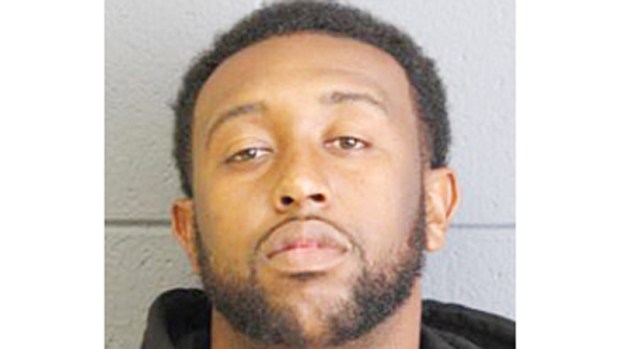 Bryant Hayes Jr. entered his plea in front of Judge J. Sterling Snowdy on Monday, according to the St. John Parish Clerk of Court’s Office, and was sentenced to serve one month short of three years in parish jail.

As part of the plea agreement, prosecutors dismissed charges of attempted second degree murder, illegal use of weapons and possession of a weapon by a convicted felon.

Hayes and Juan Alexander were arrested in December 2015 following the shooting death of 29-year-old Demario Gray.

Alexander was convicted June 14, 2018, of felon in possession of a firearm and illegal use of a dangerous weapon.

A sentencing update in Alexander’s case is scheduled Jan. 14, 2019.

According to the St. John Sheriff’s Office, detectives identified suspects in Gray’s killing based on evidence gathered at the scene and through witness interviews, moving quickly in the days after the shooting to name and arrest Alexander and Hayes.

A Sheriff’s Office spokesperson told L’OBSERVATEUR nothing was discovered that identified the victims as criminal contributors in the shooting, noting authorities were not searching for other suspects.

According to Alexander, he was at a closed grocery store on River Road with the permission of the location’s owner on the morning of the deadly shooting to film a music video.

Alexander said after production had basically wrapped, Gray and numerous other individuals drove into the parking lot, coming by way of a multi-vehicle caravan, and blocking his and others’ ability to leave the scene.

“This dude came up here with a gun hanging out of his pocket,” Alexander previously told L’OBSERVATEUR. “He let me know, this is what it is. So, I bring my son to the truck. My godson is trying to get out the truck (with a gun,) I take the gun from him and tell him, ‘lay down.’ I arm myself and proceed to where they are already getting into an argument with my people.”

Alexander said he noticed one of the men placing his hand on a gun during the argument, saying that individual pulled first, setting off a barrage of gunfire that eventually led to Gray’s death.

While Alexander says he does not know who shot and killed Gray, he is adamant it was not him and any actions he took were in self defense.

LAPLACE — St. John the Baptist Parish does not have the money budgeted to pay for the expensive contract approved... read more