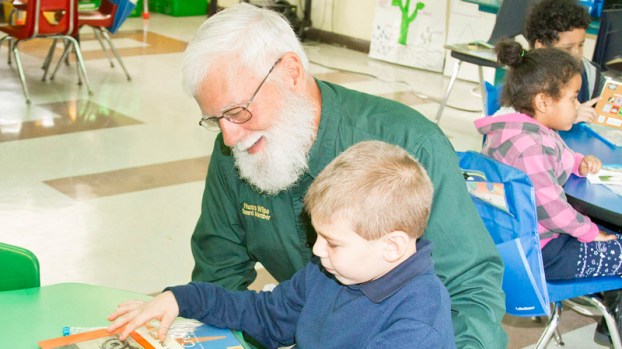 The Resolution of Appreciation, in part, states Russ Wise served the St. John the Baptist Parish community for 18 years as a School Board Member — a tenure that demonstrated vision, integrity and guidance in service of the State of Louisiana and the Parish of St. John the Baptist.

The resolution closes by stating the school district “extends our best wishes for continued success and good health, and our appreciation for his leadership, as well as his friendship.”

By unanimous vote, the resolution was made part of the official record Thursday night during the School Board’s regular monthly meeting, held this week at Emily C. Watkins Elementary.

This week was Wise’s last regularly scheduled meeting to sit on the School Board. Debbie Schum topped the Board veteran in the District 8 election Nov. 6.

Schum’s election victory represented the one challenge to the status quo approved by local voters, who overwhelmingly backed established leadership during fall and winter elections.

According to numbers provided by the Louisiana Secretary of State’s office, Schum collected 996 votes (65 percent), compared to 527 votes (35 percent) for Wise.

In an odd twist of scheduling, Wise, who had a prior commitment, did not attend Thursday’s meeting and didn’t get to receive his Resolution of Appreciation in person. Known as one of the more loquacious members of the School Board, there is a bit of irony in knowing Wise missed a chance for a public farewell.

I’m going to miss Wise and not because we always saw eye-to-eye on community topics.

Wise was known to be critical, from time to time, of L’OBSERVATEUR coverage decisions and he didn’t mind sharing those opinions on social media or to my face when we discussed them.

In fact, that’s what I’m going to miss most. I always knew where Wise stood. As a journalist serving the public and covering elected officials in the process, I appreciated that Wise would always answer his phone, state his opinion on a sensitive subject and explain his thought process in getting there.

The humor would come in the fact that those conversations tended to be longer with Wise than with any of his colleagues.

Elected office is about public service and accountability but too often turns into backroom politics and brother-in-law deals conducted far from public view.

St. John Parish residents didn’t worry about planned absences or orchestrated abstentions with Wise. It’s a trait to be admired no matter where you fall on the political spectrum.

It appears his successor, Schum, is taking up the mantle for District 8 constituents. Schum, who attended this week’s School Board meeting as an audience member, used the public comment period to successfully lobby for a motion vote to be tabled concerning a District policy change.

She noted new information was coming and a more informed decision could be made at a future meeting.

Board members unanimously tabled their decision, and now we all look to the next meeting to see where each member stands on the issues most impacting St. John Parish students.

People throughout the world who profess to be Christians celebrate Dec. 25 as the anniversary of the birth of Jesus... read more