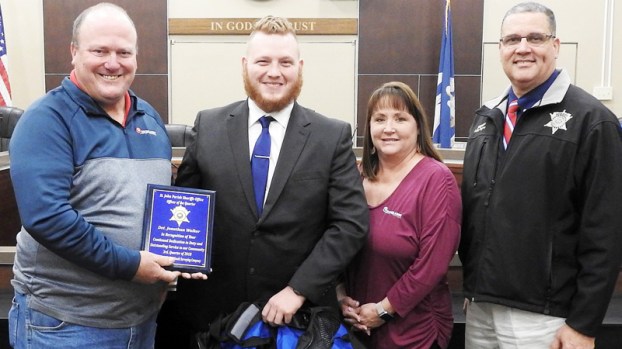 Walker, honored Dec. 6, was recognized for outstanding investigative work that led to the arrest and federal indictment of eight suspects in a fraudulent prescription ring.

In February, the SJSO Special Operations Division received a complaint from a local pediatrician that a former employee was writing fraudulent prescriptions and distributing them to several individuals in St. John Parish.

Walker’s thorough investigation led to the federal indictments of these individuals as well as the recovery of narcotics and stolen property, Adams said.

LAPLACE — A local man shot in the arm in broad daylight is not helping authorities locate the person or... read more