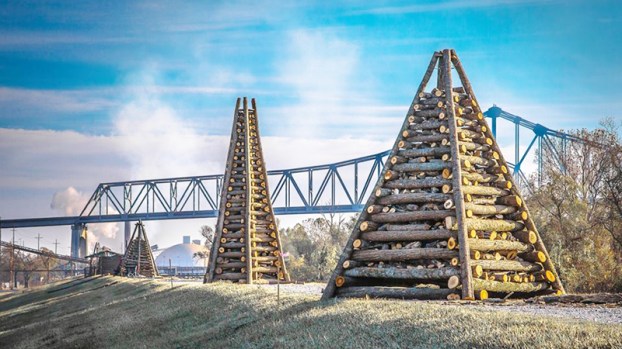 Festival of the Bonfires packs in entertainment Dec. 14-16

LUTCHER — Ashley Tucker experienced the best of what Louisiana has to offer in her travels as Miss Festival of the Bonfires 2017, but no celebration compared to St. James Parish’s flaming Christmas tradition.

Tucker has attended the three-day festival each year for as long as she can remember, and her favorite memories include watching bonfires ignite on the levee on Friday and Saturday night.

This year’s Festival of the Bonfires will be held Friday (Dec. 14) through Sunday (Dec. 16) at Lutcher Park, 2545 Louisiana Avenue.

General admission is $5 per person. Children under 10 and seniors 62 or older get in free.

A massive crowd gathers along the levee each year to watch the bonfires burn.

Coordinator Danielle Matherne, a former Festival of the Bonfires queen, said the festival gives people a chance to experience the bonfire tradition early if they are unable to make it to the levee for Christmas Eve.

“It means everything to me,” Matherne.

“I’ve only missed one Christmas Eve bonfire lighting when I was snowed in up in Tennessee, and I made my brother film it for me. It doesn’t feel like Christmas without it.”

Opening day kicks off from 2 p.m. to midnight Friday with a massive gumbo cook-off, a washer board tournament and music by Third Street, Peyton Falgoust Band and MOJEAUX.

Craft vendors, food and carnival rides are available throughout the weekend.

Matherne said sign up for the gumbo cook-off reached full capacity weeks ago, allowing festivalgoers to purchase gumbo from more than 90 pots on Friday evening.

Free bus rides will shuttle guests from Lutcher Park to the levee for a 7 p.m. bonfire lighting.

A second bonfire will be lit at 7 p.m. Saturday, preceded by 10 hours of fun.

From 9 to 11 a.m., children can participate in a 4-H cookie contest, an art contest, and a bonfire contest allowing them to build small-scale structures out of sticks.

The Children’s Pageant takes the stage from 9 a.m. to noon for newborns to age 12.

Registration for the Children’s Pageant is available onsite and online at festivalofthebonfires.org.

Santa visits from 11:15 a.m. to 1:15 p.m. Saturday, and music from Whiskey Bent Band, Supercharger and Chee Weez will entertain guests until midnight.

For the first time in nearly 20 years, the Teen/Miss Pageant returns at 4 p.m. Saturday to Festival of the Bonfires. According to Matherne, the pageant was previously held at Lutcher High School two weeks before the festival.

This year’s Festival of the Bonfires Teen/Miss pageant will be held on festival grounds, allowing visiting queens a chance to experience the festival.

The festival opens at 8 a.m. Dec. 16 with a Tour De St. James bike ride, a ½ mile kids fun run and a 5K run/walk. Registration is available onsite. Santa returns from 10 a.m. to noon, while an antique car show wows guests from 10 a.m. to 1 p.m. Meanwhile, schools and dance groups head up children’s stage entertainment from 11 a.m. to 1 p.m.

A second washer board tournament begins at 3 p.m., and music from Mike Broussard and Night Train, Kaleb Olivier Band and Party at Joe’s will play until the festival’s 9 p.m. closing.

For a full lineup, visit festivalofthebonfires.org.