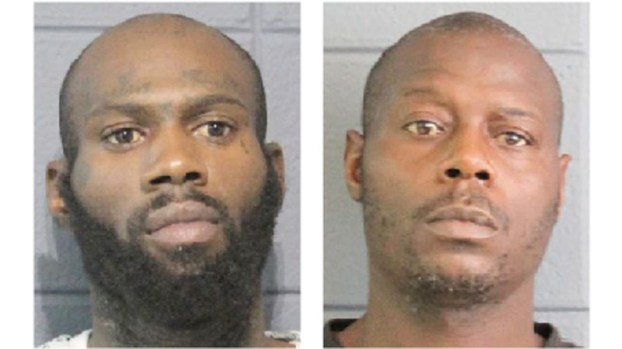 Those arrested include Tyron Rashawn Gordon and Harold Jefferson.

The suspects are Tyron Rashawn Gordon, 30, of New Orleans, and Harold Jefferson, 43, of Metairie.

Jefferson is booked with principal to armed robbery with a firearm. He is being held in custody in lieu of a $50,000 bond.

Gordon is charged with two counts of armed robbery with a firearm. He is being held in custody in lieu of a $150,000 bond.

During the initial investigation deputies, learned that an unknown male entered the store, produced a gun and demanded cash from the register.

After fleeing from the business, the same male committed a second armed robbery in a neighborhood nearby in which the victim was robbed of his personal items.

Police released surveillance video and stills from the store the next day in an effort to identify a robbery suspect.

Police said the assailants fled eastbound in the SUV, adding that on Dec. 5 and 6, officers with the U.S. Marshals apprehended the suspects in New Orleans.

Tregre: Much to celebrate for SJSO, our community in 2018

Goodbye 2018! It seems that time is moving faster than ever before. This will be my last article of 2018,... read more