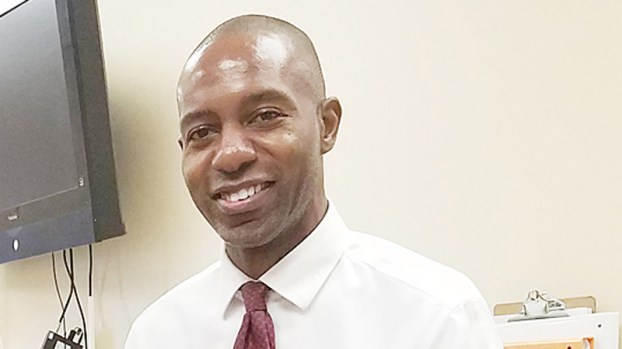 RESERVE — The principal of the St. John STEM Magnet High School Program has been put on leave as School District officials conduct an investigation into an undisclosed human resources concern, School Board members said.

Terran Perry, who is the STEM principal and principal at Garyville/Mt. Airy Math and Science Magnet School, was removed from active duties this week, officials said.

Perry did not respond to a request for comment this week.

Superintendent Kevin George did not address the issue directly this week, saying it was a personnel matter.

St. John Sheriff Mike Tregre said his office is not involved in any school investigation. According to School District officials, Perry is not under criminal investigation and student danger has never been a concern.

A representative at Garyville Magnet told a reporter on Thursday that Perry was still employed but not available. The reporter was directed to leave a message for assistant principal Gillian King-Hughes.

A STEM program representative said Thursday that Perry was not at the school and didn’t answer a question about whether an assistant principal is in charge.

“You would need to call Central Office, and they’ll be able to give you that information,” a reporter was told.

School Board member Russ Wise acknowledged there are rumors surrounding Perry’s job status circulating in the community, while adding Perry’s situation is being investigated.

“That’s the best way I can put it,” Wise said. “You don’t want to speak out of turn until things have been investigated. You don’t want to take a chance smearing someone’s reputation unnecessarily. I make it a personal practice to not comment on something that may or may not be true.”

School Board President Ali Burl III said he didn’t know what’s going on because it was a personnel matter. He directed questions to Superintendent George.

“We haven’t been informed about what the investigation is about,” Burl said, adding Central Office staff members are making sure learning is not being interrupted on the two campuses Perry oversaw.

Burl said he hopes all campus leadership questions are answered by the end of the Christmas holidays.

School Board Vice President Patrick Sanders said he did not know the details surrounding Perry’s absence from campus.

“I just know that he’s on leave, but for all I know, he could be on sick leave,” Sanders said. “I don’t know what the discussion was with HR.”

Outside of his duties at Garyville Magnet, Perry was tabbed earlier this calendar year to lead the School District’s new, flagship STEM program, which launched in August.

The program focuses on college preparatory mathematics, science and English language arts courses to serve students focused on a STEM career. It also provides classes in career pathways such as digital design and pre-engineering.

The STEM program launched this academic year in Reserve on the River Road site of the old Leon Godchaux campus. In its first year, 261 students in grades 8 through 10 were accepted. Grade levels will be increased each year until the program is a full 8th through 12th grade school.

“Our mission is to make sure every student is prepared for the careers that will await them after graduation,” George said in July.

“We plan to increase the number of students and opportunities in the program each year and create a powerhouse of STEM education in St. John the Baptist Parish.”

In a first-person column for the fall edition of River Parishes Magazine, Perry wrote STEM students are learning with the understanding that it is the “bigger” matters they will use their knowledge to address, including “coastal erosion, developing a cure for cancer and inventing a mechanism for reversing paralysis.”