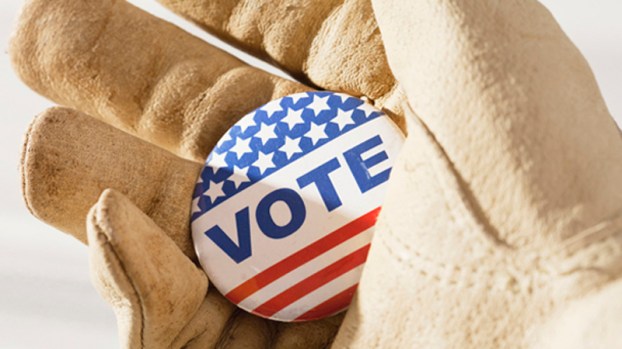 LAPLACE — Accessibility, education and widespread purging of inactive voters from the roll are factors inhibiting voter participation in the River Parishes and beyond, according to Louisiana Secretary of State candidate Gwen Collins-Greenup.

Collins-Greenup drove down from East Feliciana Parish Monday evening to discuss her platform with St. John the Baptist residents in anticipation of the Dec. 8 runoff election.

She was invited to a forum at the LaPlace Library organized by community activist Shondrell Perrilloux, who noted Collins-Greenup fared well among Democratic voters in St. John, St. James and St. Charles parishes in the Nov. 6 primary.

In St. John Parish, Collins-Greenup took in 41 percent of the turnout among nine Louisiana Secretary of State candidates, securing 5,697 of the 13,809 votes.

Incumbent R. Kyle Ardoin received 12.56 percent of the votes in St. John and also took in fewer votes than Collins-Greenup in neighboring parishes.

Popularly elected every four years, the Louisiana Secretary of State is the third in command behind the governor and lieutenant governor and the chief election officer of the state, according to Collins-Greenup.

“It’s the office that handles all of our elections, some of our museums and all of our business registrations,” Collins-Greenup said.

She was inspired to run for Secretary of State while studying for the Louisiana Bar exam.

“We’ve been told for three years (in law school) that we shouldn’t be thinking of anything else, but I was thinking of Louisiana,” Collins-Greenup said. “I see a trend going across our nation, and that trend is voter suppression. We see people being purged from the rolls and people having difficulty reaching polling locations, whether it’s due to distance, illiteracy or apathy.”

According to Collins-Greenup, St. John Parish residents should be aware that registered voters who do not participate in two consecutive federal elections are put on an inactive list.

A notice is mailed out to inactive voters, Collins-Greenup said, though residents who have moved homes may miss the opportunity to appeal before they are purged.

Collins-Greenup said she is committed to finding solutions to voter turnout by keeping close contact with the public, educating high school students around the state and making elections accessible to newly registered voters.

Perrilloux was interested to learn individuals on probation or parole who have not been incarcerated within the last five years will be granted the right to vote beginning in March 2019.

“From speaking to Ms. Greenup, I perceived she is very passionate about the role of Secretary of State,” Perrilloux said. “Her key goal is to eliminate voter suppression as a voice for the people. I endorse her, and I applaud her for her effort in being a difference maker in the state of Louisiana.”

Collins-Greenup will appear on the ballot Dec. 8 along with Ardoin, who was appointed as Louisiana Secretary of State in May 2018 after serving as first assistant for eight years.

According to the Secretary of State’s website, Ardoin is running on a platform of voter security with a goal to implement high-tech protection at the ballots. Ardoin was not available for comment as of press time.

Man shoots self in leg, sentenced to prison for 13 years

CONVENT — An area man, who authorities said shot himself in the leg, was sentenced to more than 10 years... read more