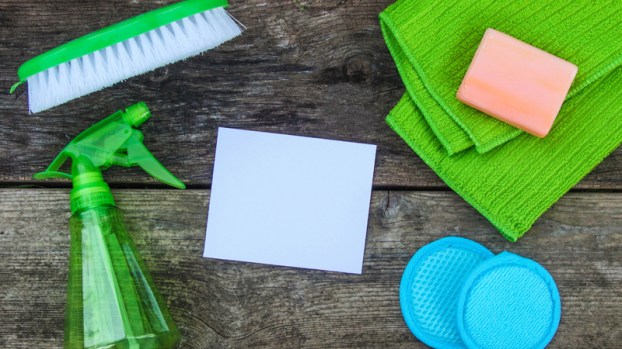 By a vote of 4-3, the Parish Council awarded a contract to Star Maintenance in November.

LAPLACE — The St. John the Baptist Parish Council awarded a janitorial contract for the new government complex to the most expensive bidder.

By a vote of 4-3, the Parish Council awarded the contract to Star Maintenance, a decision that will see taxpayers doling out an additional $140,000 a year more than the low bid, which was submitted by All the Time Janitorial based in Franklinton.

All the Time, which has been cleaning the building during construction, submitted a bid of $10,151 per month, compared to Star’s bid of $21,864 per month.

During a Council meeting two weeks ago and again Tuesday, some Council members suggested shopping local should be prioritized over cost when it comes to awarding the contract to a local firm. However, there were bids less than Star’s from two different LaPlace companies.

DJS Janitorial Services submitted a bid of $13,950 per month and A Quality Touch Commercial Bidders came in at $16,500 per month.

The qualifications of the firms, or their bids, were not discussed this week.

According to the Louisiana Secretary of State’s Office website, Star Maintenance lists Henry Wolfe as the firm’s agent and his brother, Richard “Dale” Wolfe, as an officer. Richard Wolfe served as a parish councilman for 35 years and in 2010 lost in a bid for parish president. He resigned from his Division A at-large seat later that year to take over as executive director of the St. John Housing Authority and in 2011 lost in a run for a Council seat.

Parish Council members engaged in a lengthy discussion on the issue before approving the measure. That process was complicated when an initial approval motion was deemed to have failed.

Councilwoman Jaclyn Hotard and Councilman Michael Wright were in attendance but abstained.

At that point it was stated the motion failed because it did not generate five approvals among the nine members.

A legal quandary then arose as to if the motion carried since it did receive a majority of participating Council members.

When questioned, Keith Green of the District Attorney’s office told the Council, “you are supposed to be knowledgeable of Robert’s Rules of Order.”

While Green proceeded to research and answer the question, Madere proposed a new motion, requiring Parish President Natalie Robottom negotiate with Star for a reduced rate.

That second motion passed with Wright giving it his nod, thus garnering a majority of the overall Council.

But the confusion was far from over. As the finance committee meeting progressed, various Council members, Green and others gathered in the room directly behind Council chambers, out of public view and earshot.

Several minutes into the private meeting, Perrilloux emerged, whispered something to Sorapuru, who immediately got up from his finance committee chairman’s chair and went to the back room, handing the gavel to vice chair Malik.

At 7:35 p.m., Malik stopped the meeting and called for a five-minute recess, during which the private caucus continued.

Nine minutes later, the meeting reconvened and Snyder announced Madere’s first motion carried 4-3, with no official mandate for Robottom to pursue additional negotiations with Star, although at least two council members recommended she do so anyway.

A complete understanding of the mandate was not understood by all parties as of Friday morning, with members of the Parish Council’s office and Chief Financial Officer Robert Figuero Jr. telling L’OBSERVATEUR they were waiting on feedback from the D.A.’s Office as to which vote they were to proceed under.

District Attorney Bridget A. Dinvaut later told L’OBSERVATEUR her office was not formally asked to review anything, adding it was clearly stated at Tuesday’s meeting that Madere’s initial motion, which received four affirmative votes, passed.

According to Dinvaut, Robert’s Rules of Order state that an abstention is not a “no” vote, therefore when Hotard and Wright were present and abstained, their decisions eliminated the need for the motion to gather a majority of the present members but just a majority of the voting members.

Madere backed up the sentiment in speaking Friday morning, saying the issue was explained during Tuesday’s meeting.

“The main thing is I was looking at businesses inside the parish,” he said.

“We need to give businesses inside the parish the first opportunity. If they don’t work out, you have a 30-day out clause. You can get rid of a company with any contract. I thought (Star) deserved an opportunity.

Madere said Robottom’s office still has the opportunity to negotiate the contract price with Star Maintenance.

“It’s up to administration to meet, but I’m pretty sure (Robottom) will negotiate it down a little bit,” Madere said.

The janitorial contract for the new complex is for four years, plus a two-year option.

Robottom expressed her concerns with such a short contract, saying a firm might be purchasing equipment and hiring employees for what would amount to a project lasting only several months.

“The pricing might be more expensive than for an (extended contract),” she said.

Snyder suggested the janitorial contracts be broken into groups of several buildings, a concept Robottom called a “better idea.” The parish president did object to Snyder’s idea of awarding the contract for the new building to two firms, one to clean the top floor, the other the bottom. Robottom said that has been done in the past and results were “problematic.”

Madere called the four-year contract a “good investment” and added the two-year option “does not mean anything.”

Snyder and Perrilloux said they could not support such a long-term deal and Hotard said in good conscience she could not justify the additional ($140,000) tab for Star as compared to All the Time Janitorial.

LAPLACE — At only 12 years old, Bryson Borne of LaPlace has a strong sense of self and the motivation... read more