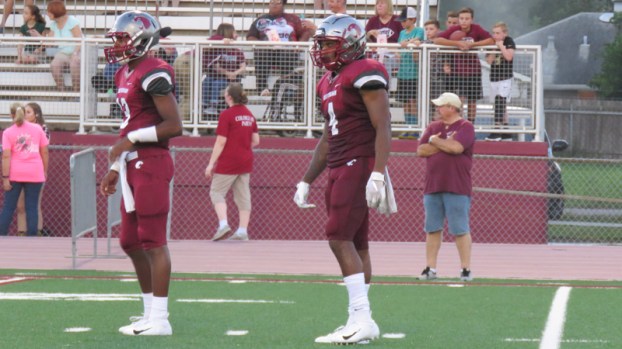 Destrehan gets ready for semifinal showdown

DESTREHAN — The No. 2 seeded Wildcats (12-1) are one victory away from reaching the 2018 LHSAA Football Class 5A state championship game.

Standing in Destrehan High’s way is No. 6-seeded Zachary, winners of eight in a row.

The powerhouses are set to face off at 7 p.m. Friday in Destrehan.

DHS comes into the game following a 31-14 thrashing of Terrebonne.

Quarterback J.R. Blood was especially strong last week, completing 15 of 21 passes for 192 yards. He also ran for 43 yards. It was the second time Destrehan defeated Terrebonne in four weeks.

All-state running back John Emery keyed a second half DHS explosion, scoring all four of his team’s touchdowns over the final two quarters.

“I know what we’ve got to do to get to the Dome,” Emery said to the St. Charles Herald Guide following the game. “I’m gonna give all I’ve got and I know everyone else will too.”

Zachary advanced to this week’s game thanks to a 26-14 win over Acadiana.

This week’s playoff game is the Broncos’ third straight on the road.