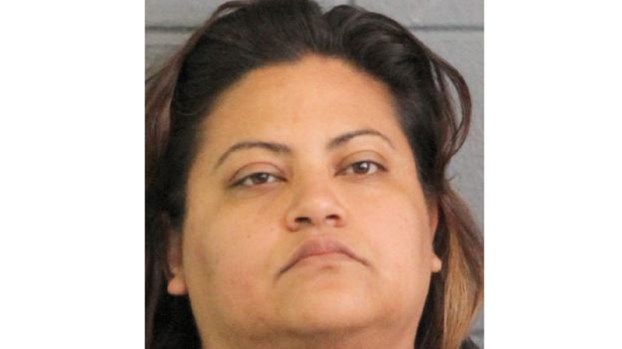 LAPLACE — A former LaPlace library business manager was arrested last week, suspected to have made more than $10,000 in unauthorized credit card purchases using public funds, according to the St. John the Baptist Parish Sheriff’s Office.

A Sheriff’s Office release stated unauthorized charges initially valued at or near $5,000 are now believed to total more than $10,000, pending a final audit.

According to the SJSO, Michelen was released Thursday on a $22,500 bond.

Michelen resigned from the St. John the Baptist Parish Library on Aug. 17, and Library Board of Control members said an investigation began when a temporary worker found anomalies in the 2018 financial records.

Library Director Trina Smith said she was not at liberty to comment on the arrest due to pending litigation.

According to Library Board member Maria Victoria Coy, more than $50,000 in 2018 spending cannot be accounted for because purchases were directed to “Capitol One” or “cash,” without listing specific vendor names.

“Just because it doesn’t have a vendor doesn’t mean it’s pilfering,” Coy said.

“Poor bookkeeping does not make you a thief. However, if you’re going to steal money, you would hide a needle in a haystack, so to speak, under legitimate purchases. I demand that every single check be accounted for.”

Coy said Michelen approached her after resigning, before the budget discrepancies were found, with concerns that library procedures were not being followed.

Board President Virgie Jarrow-Johnson said she has not been privy to investigation details while facing family hardship in recent weeks, but she confirmed the Board became aware of the questionable records after Michelen’s resignation.

The investigation is ongoing, and more charges are possible, according to SJSO.

Michelen has not responded to L’OBSERVATEUR’s requests for comment.