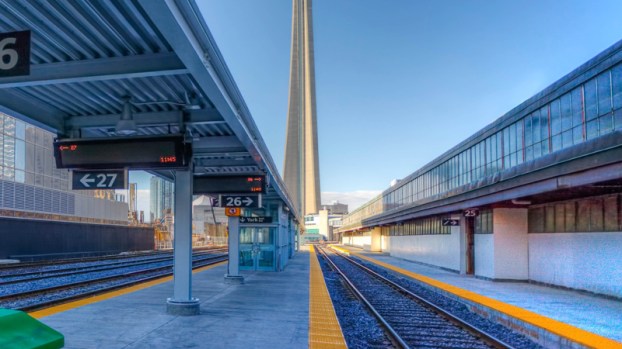 St. John Planning and Zoning is planning to submit findings to the Federal Rail Administration on behalf of the Southern Rail Commission to prove LaPlace is capable of sustaining a new transit station near Main Street.

LAPLACE — St. John the Baptist Parish is three months away from an important checkpoint as LaPlace looks to become an all-important stop for passenger train travel between New Orleans and Baton Rouge.

St. John Planning and Zoning is planning to submit findings to the Federal Rail Administration on behalf of the Southern Rail Commission to prove LaPlace is capable of sustaining a new transit station near Main Street.

As LaPlace and each of the other stops along the rail line provide feasibility research, the state can secure funding as it becomes available.

Planning and Zoning Director René Pastorek is confident the project will move forward and funding will be awarded, though timelines have not yet come into focus.

The station would be part of a proposed passenger line providing at least four round trips a day from Baton Rouge to New Orleans. Planned stops include Downtown Baton Rouge, Suburban Baton Rouge, Gonzales, LaPlace, the Kenner Airport and the New Orleans Union Terminal, near the Mercedes Benz Superdome.

Funded through a Southern Rail Commission grant, the $145,000 feasibility study identified Martin Drive off of Main Street in LaPlace as the ideal location for new development, according to Pastorek.

Clesi is interested in seeing a revitalized Main Street, and he hopes to learn more about how a transit station will impact surrounding homes and businesses.

“I’m wondering whether it would hurt or increase the property values in the area,” Clesi said. “I would like to see the plans. If it’s something big and nice, I might be into it. I’d like to see if it could improve the looks of Main Street instead of having it looking rundown.”

However, Clesi remains cautious about the rail line’s ability to change the culture and values of the LaPlace community with an influx of new visitors from New Orleans and surrounding areas.

In a community survey conducted in May, participants were most excited about gaining transportation to Saints games, LSU games and other events around the state, according to Pastorek.

Additionally, Pastorek said 60 percent of the 378 participants indicated a desire for the transit station to double as a town center with free parking, Wi-Fi and food options.

Projected costs for the transit station will not be readily available until early 2019.

Pastorek said St. John Parish is exploring grants and “a variety of different avenues” to accompany state funding in case of shortfalls.

The plans correspond with a separate LA Safe initiative bringing walkways and native plantings to the 0.3-mile street by October 2022, according to Parish President Natalie Robottom.

“In addition to fulfilling the Parish’s obligations under this grant, this plan will help complement resilience projects in the area such as the Airline and Main Complete Streets project and the Certified Local Government program,”  Robottom said.

Additional Main Street development is in a conceptual stage and would not be included in transit station funding, Pastorek said.

“People are noticing this train station is an opportunity to get more than transit to New Orleans or Baton Rouge, or to get people to jobs,” Pastorek said. “That’s a great goal to have, but a big part of that is the necessity for revitalization around Main Street. Culture and history are assets to this parish. ”

LAPLACE — Now is the time for St. John the Baptist Parish residents with or without health insurance to schedule... read more