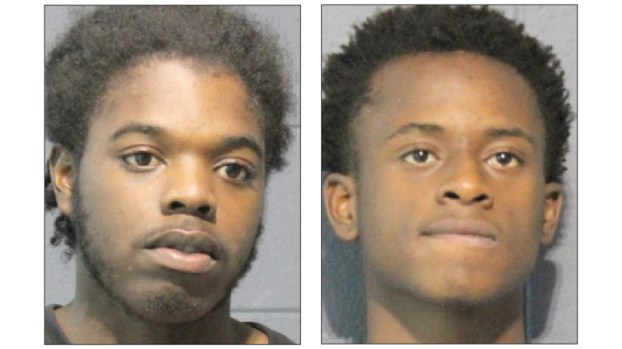 Michael Diggs of Reserve and Brett Williams of LaPlace are charged with illegal possession of stolen things.

2 arrested after tires stolen from vehicles in LaPlace

According to the St. John the Baptist Parish Sheriff’s Office, two victims reported tires from their vehicles were stolen on Nov. 8. The vehicles were parked at homes on Jeffrey Court and Madewood Drive.

Investigators identified a vehicle the next day police said was involved in the tire thefts, initiating a traffic stop in the process.

“The vehicle was seized, and detectives obtained a search warrant on the vehicle,” a Sheriff’s Office release said. “Detectives recovered three tires matching descriptions of the stolen tires.”

Both occupants of the vehicle, 20-year-old Michael Diggs of Reserve and 20-year-old Brett Williams of LaPlace, were arrested and charged with illegal possession of stolen things.

Police noted the investigation is ongoing, and anyone with information on the thefts is asked to call Det. Joshua Masters at 985-359-8644.