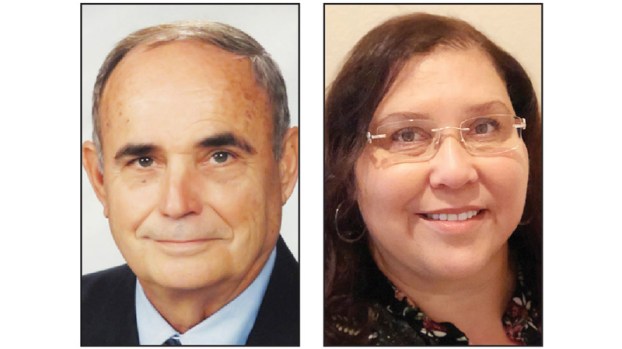 A runoff election was needed to decide St. John the Baptist Parish School Board District 11, where incumbent Clarence Triche faced a challenge from Lisa Tregre-Wilder.

SCHOOL BOARD SPOTLIGHT: Runoff candidates turn up heat in District 11

(Editor’s note: This story has been edited since its original publication to clarify statements made by one of the candidates concerning public support).

LAPLACE — For the first time in more than a decade, St. John the Baptist Parish School Board incumbent Clarence Triche must campaign for a Dec. 8 runoff election to retain his District 11 seat.

Triche said he was “disappointed” and “surprised, in a way,” about the results of last week’s primary, a three-way race between Triche and challengers Lisa Tregre-Wilder and Shondrell Perrilloux where no candidate captured 50 percent of the vote.

Triche took in 46 percent of the turnout with 601 votes, while Tregre-Wilder secured 38 percent with 492 votes, earning her a spot in the runoff.

Perrilloux collected 16 percent of the turnout with 203 votes.

“Certain districts I thought would come out stronger didn’t,” Triche said. “One place, I thought I was going to get 150 votes, and I only got 30. That was my downfall.”

Tregre-Wilder said she was surprised by the results, which did not meet her expectations.

However, she feels confident about the Dec. 8 runoff, and she is determined to run a positive campaign despite her election signage being moved and damaged last week.

“Since the beginning, I’ve wanted a fair, clean race,” Tregre-Wilder said. “I felt like it was fair up until right around Election Day. I noticed my signs by Emily C. Watkins were thrown in a ditch, soaking in water.”

Tregre-Wilder said some of her signs on Old U.S. 51 were pulled off of private property, but otherwise undamaged.

Triche said the campaigning was conducted with professionalism “to a certain extent,” but declined to comment further.

Moving forward, Tregre-Wilder will continue campaigning as she did for the primary.

“I’m going to ask people for their support and keep going door-to-door to let people know who I am,” Tregre-Wilder said.

Triche said poor voter turnout hurt his chances last week, but he’s not worried about turnout in the runoff.

His strategy is to double down on campaigning using personal connections.

“I’m just going to have to work a lot harder,” Triche said. “I’ll need a lot more contacts. There are dozens of people who I’ve done favors for in the past who want to work with me.”

His greatest concern is he hasn’t seen any School Board member or challenger dedicated to continuing his Gold and Silver Card program, which awards honor roll students at every St. John Parish School with freebies and discounts from local businesses.

“The big thing is, if I do not win the election, next year there will probably be about 3,500 unhappy kids,” Triche said. “I don’t think anyone else will spend that much time or that much effort getting that program continued.”

Tregre-Wilder recently told L’OBSERVATEUR that while the Gold and Silver Card program is great for high achievers, more should be done to motivate struggling students.

She said campaigning reinforced her belief that teachers are key to student success, and that exit interviews must be conducted to identify what can prevent teachers from leaving the district.

“I’m still learning the more I talk with people,” Tregre-Wilder said. “I realize we have a lot of excellent teachers in St. John Parish who appear to be excellent educators … in other parishes. There are a lot of parents who feel like they’re not being heard.”

Neither candidate expressed plans to participate in additional public forums, though Tregre-Wilder is open to the idea.

Early Voting is held on the East Bank at the Percy Hebert Building, 1801 W. Airline Highway in LaPlace, and on the West Bank at the Edgard Courthouse, 2393 Hwy. 18 in Edgard.