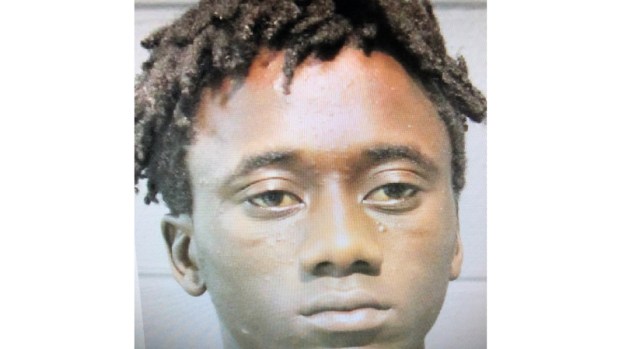 RESERVE — A Sunday morning bicycle rider in Reserve was jumped without provocation, police said, during an assault that included a gun threat to the victim’s person.

St. John the Baptist Parish Sheriff’s Office deputies responded to an armed robbery complaint on East 23rd Street at approximately 9 a.m., making contact with a 27-year-old victim in the process.

The victim told police he was riding his bike when an unknown man approached him, pushed him off of the bike and began to strike and kick him while he was on the ground.

“The subject then removed a handgun from his waistband and pointed it at the victim, then fled on the bike,” a Sheriff’s Office release said.

Deputies located a pink bicycle fitting the victim’s description and, based on investigation, obtained an arrest warrant for 20-year-old Kyron Perrilloux of Reserve.

Police released a picture and description of the assault Monday morning in an attempt to gain the public’s help locating Perrilloux.

According to authorities, Perrilloux turned himself into detectives later Monday.

He is charged with armed robbery and is being held in custody in lieu of a $100,000 bond.

LAPLACE — This holiday season, Celebration Church of LaPlace is providing nourishment for the hungry and Christmas joy to the... read more